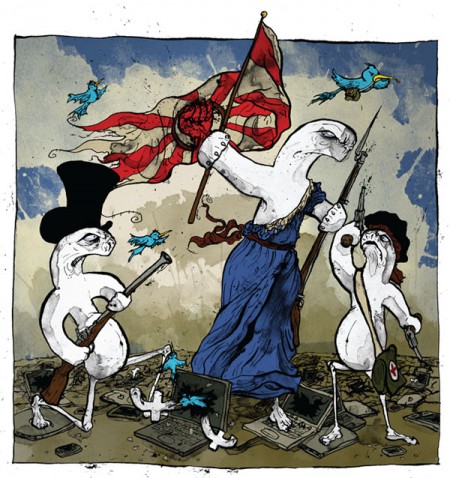 Seemingly the hot topic at the minute, this commission from The Diplomat came in shortly after I completed the Facebook monster for Contagious. Talking about the uprise of social media and it’s use in recent revolutions in the Middle-East, and also the helpfulness of a tool such as Twitter when used in an emergency relief effort such as the Haiti disaster.

I Want You for Team Zissou…

Mail for the Emperor! R…

Aldo Moon and the Ghost at…

Riding the Dodo and more&#…

The Evolution of Snow Whit…