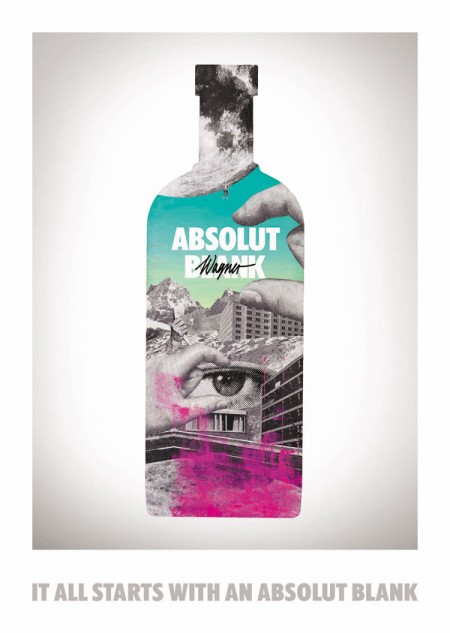 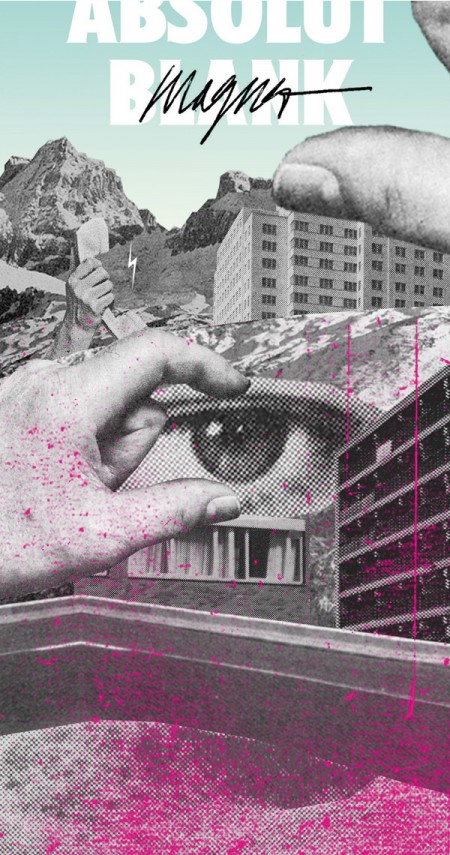 Mario Wagner has worked with Absolut Vodka to produce artwork for their new worldwide campaign.

“In collaboration with a new generation of artists, ABSOLUT VODKA is introducing ABSOLUT BLANK, a global creative movement, in which ABSOLUT appears as a catalyst for contemporary leading-edge creativity.

The 18 artists participating in ABSOLUT BLANK represent a variety of creative disciplines from across the globe; from drawing, painting and sculpting to film making and digital art. Among the artworks are UVA’s high intensity, bright and striking light installations, Mario Wagner’s attention-grabbing cut-out imagery, the colourful and playful graphic design of Aesthetic Apparatus, the bold illustrations of Dave Kinsey and the detailed work of Good Wives and Warriors.

ABSOLUT has always challenged conventions through creative collaborations with artists such as Andy Warhol, Keith Haring, Damien Hirst, and more recently Ellen von Unwerth and Spike Jonze. ABSOLUT BLANK is a daring new chapter for ABSOLUT.
“In ABSOLUT BLANK, ABSOLUT has boldly made its iconic bottle into a blank canvas to inspire artists throughout the world to collaborate and fill it with creativity. We brought together creative collaborators from a variety of disciplines and watched the journey from pure white canvas to exceptional pieces of art. The result depicts how artists and creativity are inspired through ABSOLUT,” says Mark Hamilton, Global Marketing Director at The Absolut Company.

ABSOLUT BLANK will be launched in several countries and going live in the UK on July 13th, supported by TVC, Print, OOH, Digital and Experiential.”