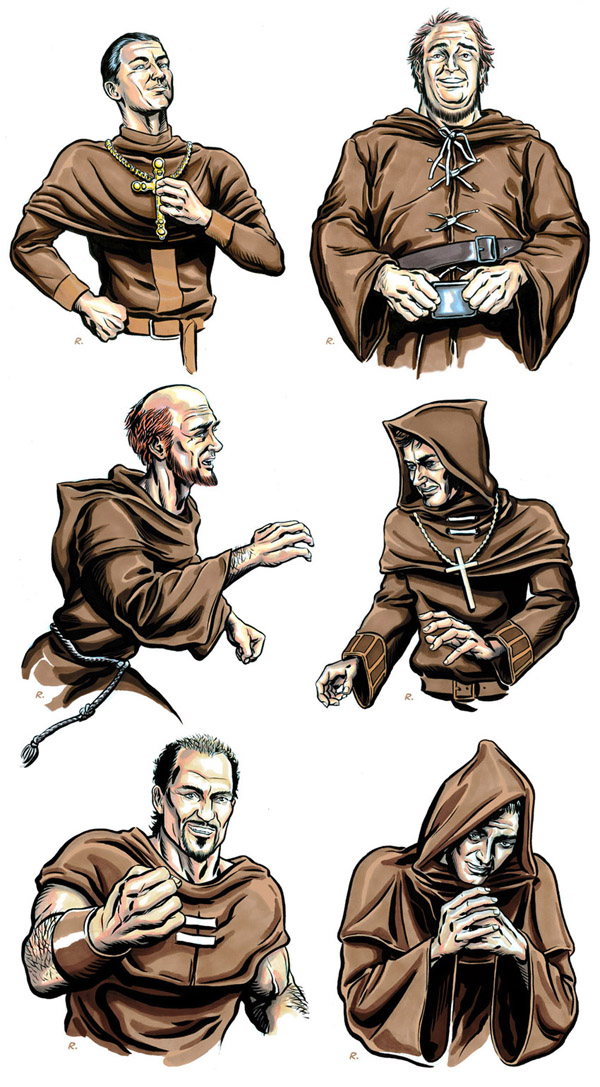 Rathbone Games asked me to produce some character illustrations for their new board game ‘The Mad Monks of Bierbrau Monastery’. Six of the brothers with their own personality and agenda within the game. To go along with them they also needed illustrations of the monks and their Abbot to be used for laser etched player counters.

Here’s the blarb from their website about the game: Join the monks of Bierbrau Monastery as they race for the barrel of beer, using any tactics they can from chastising with the big stick to humbling with the holy book. On hand is the Abbot to make sure the nobody gets seriously hurt. A fun knockabout game for 2-6 players.

Read more about… The Mad Monks of Bierbrau Monastery!