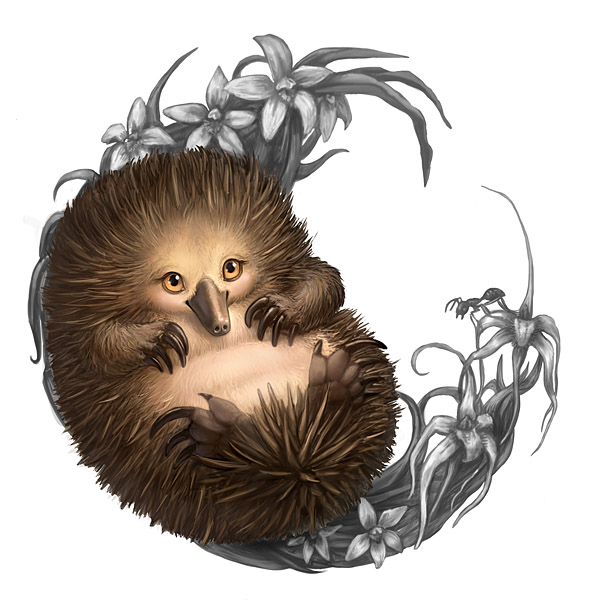 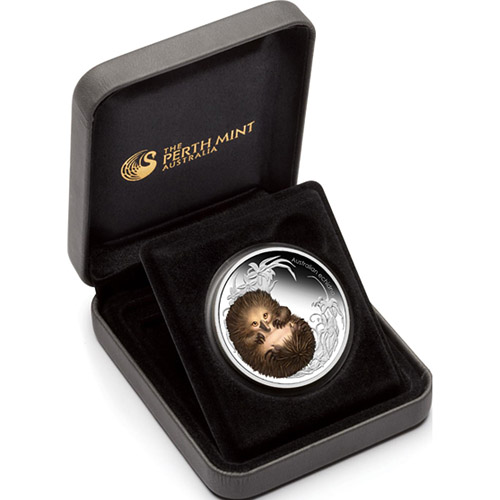 The next coin in the Australian Bush Babies II series of silver coins has been released. This time featuring a baby echidna surrounded by native orchids and other flora. Echidnas are odd little critters, they are monotremes which means that despite being a mammal, they lay eggs! The only other living species of egg laying mammals is the platypus which will feature on the next coin release.

The coin is struck in 1/2oz of pure silver and is an Australian Legal Tender coin. I have had the pleasure of illustrating and designing these coins since the beginning of the series which launched in 2010.
This series features the following baby animals: kookaburra, possum, echidna, platypus and wombat. The first was very successful and featured a kangaroo, sugar glider, dingo, bilby and koala.

To read more about the series or get in touch please check out the link to my website below.

(Digital renderings of the product are courtesy of The Perth Mint)