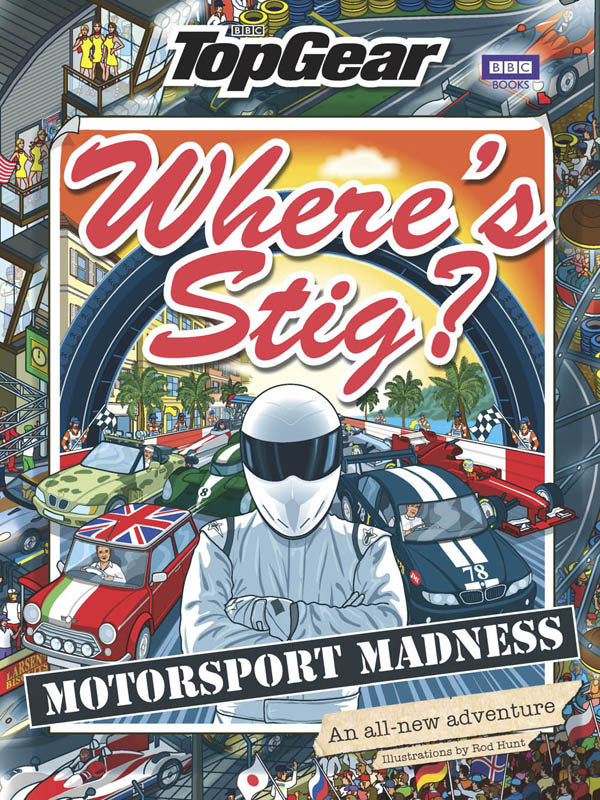 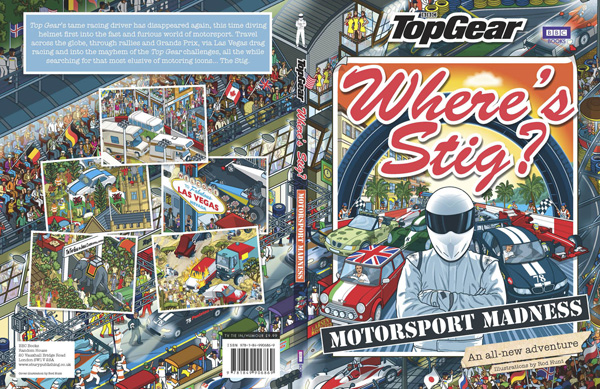 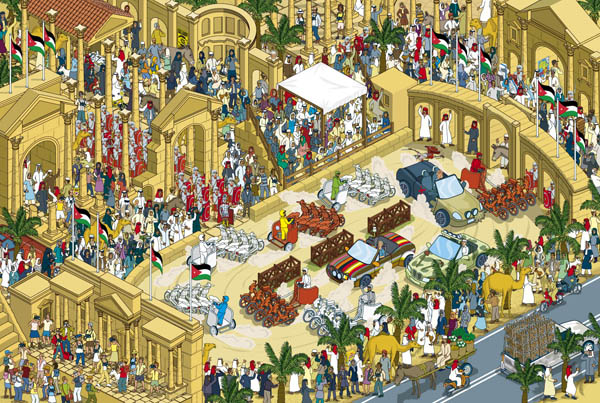 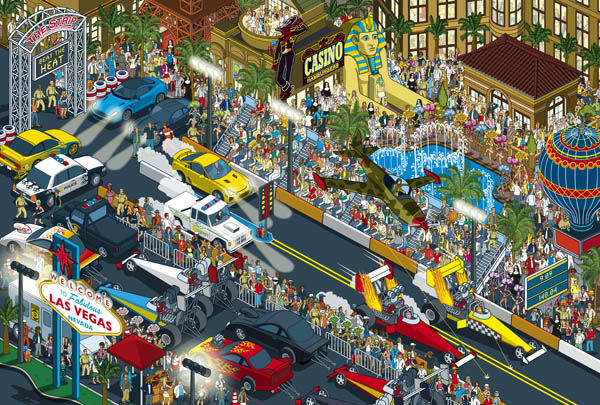 Rod Hunt is pleased to announce the release of his new book Where’s Stig? Motorsport Madness for the hit BBC TV show Top Gear. See if you can find the Stig as he goes on an adventure through the petrol-soaked world of motorsport.

Rod is an award-winning London-based Illustrator who has built a reputation for retro tinged Illustrations & detailed character filled landscapes, & is the artist behind the bestselling Where’s Stig? books for the BBC’s hit TV show Top Gear. The first two Where’s Stig? books have sold more than 600,000 copies to date.

Where’s Stig? Motorsport Madness – The Stig, Top Gear’s tame racing driver, is off on another adventure, this time following his passion for speed and adrenaline to its natural conclusion – motorsport. Stig has disappeared into the world of racing, and it’s your job to find him.

Follow Stig as he roams from the stifling heat of the Dakar rally to the redneck heartland of a NASCAR track, or from the nightime drama of Le Mans to the mud-soaked stands of Silverstone for the British Grand Prix. Along the way you’ll also find Clarkson, Hammond and May as they indulge in a spot of home-made motorhome racing or Roman rallying, middle-eastern style. The Where’s Stig books have taken Top Gear fans by storm – and his latest voyage is the most action packed yet!

The WWE Hall Of Fame……

Illustrator
Blackheath, United Kingdom
Tel: +44 (0)7931 588 750
www.rodhunt.com
Rod Hunt is an award-winning London based Illustrator and artist who has built a reputation for retro tinged Illustrations & detailed character filled landscapes. With UK and i… Show more.

Rod Hunt is an award-winning London based Illustrator and artist who has built a reputation for retro tinged Illustrations & detailed character filled landscapes. With UK and international clients spanning publishing, design, advertising and new media, he's illustrated everything from book covers to advertising campaigns, theme park maps, iPhone Apps and even the odd large scale installation too! Rod is also the illustrator behind the bestselling Where's Stig? books for the BBC's hit TV show Top Gear. Where's Stig? was the UK's 4th bestselling hardback non fiction book of 2009, and together all three books have sold in excess of 700,000 copies to date.