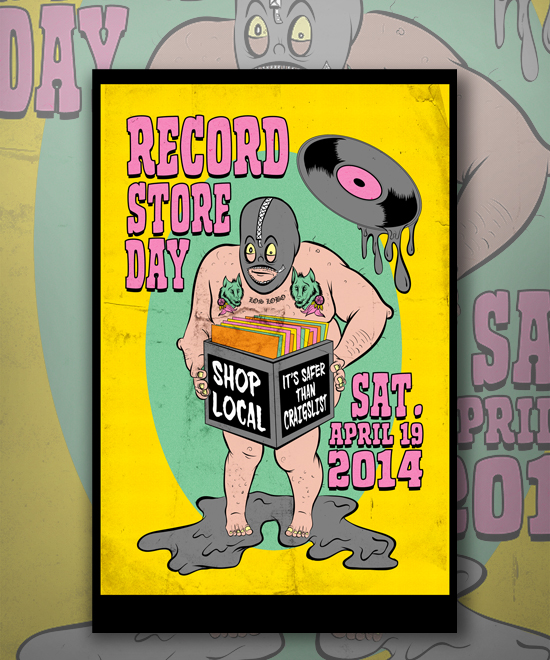 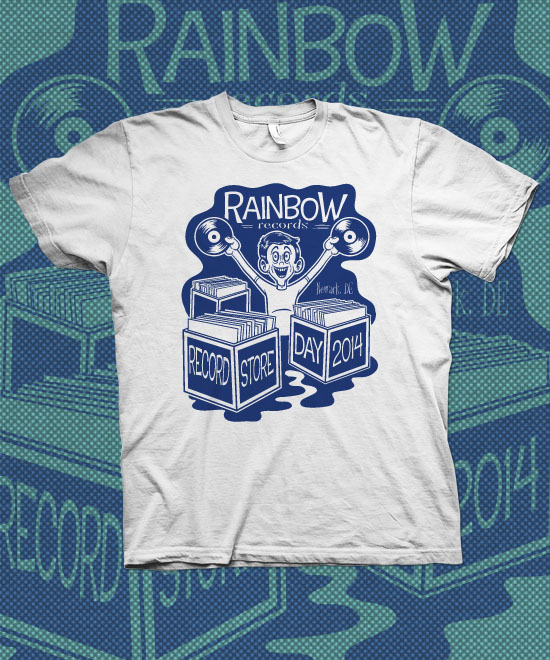 Record Store Day is coming! As a fan of music, and more specifically vinyl records, Record Store Day is something that I get excited about. This year was even more exciting because I was approached by local music store, Rainbow Records to design a special shirt just for RSD 2014. I started by sending them sketches of a couple different options and tightened up the sketch that they picked. It ended up as a limited run of 50 one color (Pantone 2758) on a white shirt. They’ll be available on Saturday, April 19th at Rainbow Records in Newark, DE.

I also made a poster (for fun) promoting Record Store Day 2014, as well as poking fun at Craigslist and some of the creepy weirdos that sell their stuff on there. I made this into a limited edition (25) 12″x18″ print. These will be signed, numbered and available at the upcoming events that I’ll be at as well as my online store. Proceeds from this print will go towards me buying more records from local record stores!

Pat Higgins selected for A…

The Shipwreck of Captain M…

Pat Higgins is an award-winning illustrator, cartoonist and graphic designer from Delaware. Throughout his career, he has had the opportunity to work for a wide variety of clients and agencies; both in-house and as a freelancer. In addition to client work, Pat has led workshops and showed his work in galleries across the United States. He also co-hosts the monthly Oddball Art Hall in Wilmington, Delaware and is a member of the National Cartoonists Society. Pat’s recent books include, The Family (2019), The Shipwreck of Captain MacNamara(2018), Elroy’s Big Adventure (2018), and The Android’s Bewildering Conflict (2017).