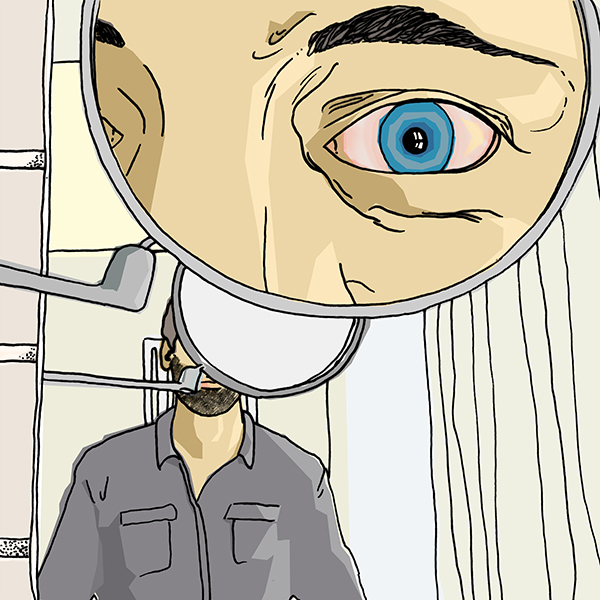 I had a piece selected for this year’s Secret 7” exhibition, at Mother London in Shoreditch.

Seven massive songs were pressed 100 times onto 7” vinyl. Illustrators and artists of all kinds made covers for each one and they were sold for £45 each to raise money for War Child. Artist and music were both anonymous until purchase. There were some fantastic contributors like the Chapman brothers, Gavin Turk, David Foldvari, Jeremy Deller, Paul Smith, Modern Toss, Felt Mistress and, weirdly, Karl Pilkington. Yes, that Karl Pilkington. I can only assume it had a monkey on it.

They went up for sale on 19th April which was Record Store Day so now the secret is out and I can finally share my sleeve illustration.

Living on a Bench for BBC …

Illustrations for The Worl…

Why my daughter wants a hy…

“This is what sexual…

Art on a Plectrum

Art on a Postcard

Make Your Own Cheese for T…

Make Your Own Smoker for O…

Portraits of Londoners for…