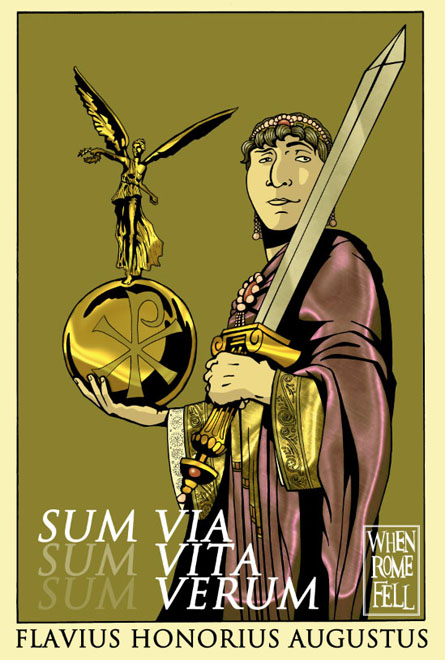 The first of a new series of illustrations featuring the main characters from my own original comic book series “When Rome Fell”. This first piece depicts a young and resplendent Emperor Honorius. Truth be told, he was never this imposing, but it certainly is representative of how he saw himself. It was under his tenure that the infamous 410AD Sack of Rome occurred. Summarizing his account of Honorius’ reign, the historian J.B. Bury wrote, “His name would be forgotten among the obscurest occupants of the Imperial throne were it not that his reign coincided with the fatal period in which it was decided that western Europe was to pass from the Roman to the Teuton.”