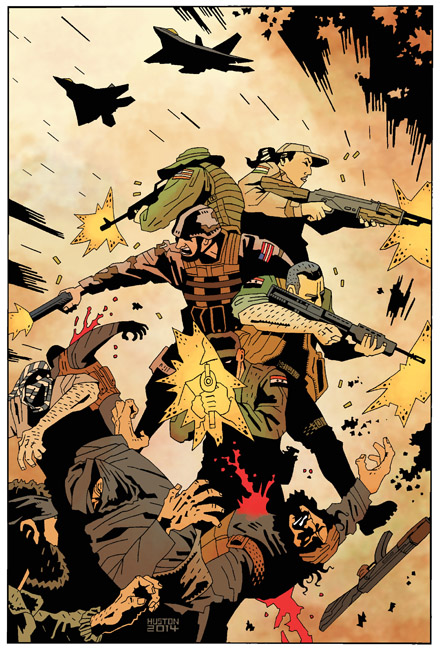 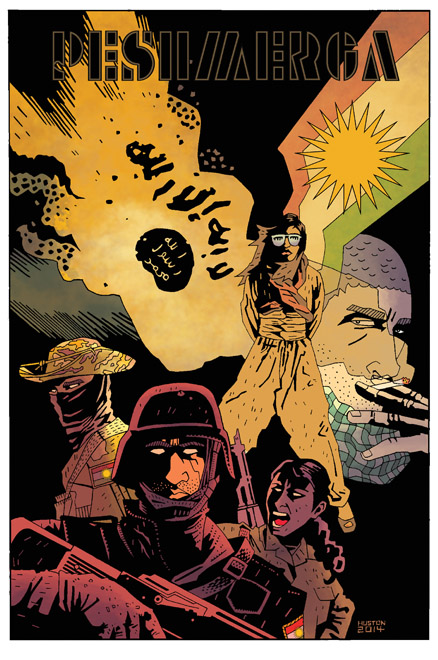 Art is nothing if not topical.

I’m definitely a news junky and news reports these days are filled with graphic images from Iraq and Syria. There are few times in history when humanity is beset with such a stark and implacable foe the Islamic State. These splash pages/posters were images stirring in my head inspired by the tragedies in that region. One represents the the current Iraqi coalition: Iraqi Regulars, American advisors and Peshmerga. The second is devoted entirely to Peshmerga, the Kurdish-Iraqi Military. While I certainly don’t speak for my government, it is my opinion as an American that the Kurds of Iraq have consistently been one of America’s most steadfast and reliable allies in that region.

I once saw a report by PBS News Hour detailing their combat. Despite being one of the best trained forces in the region, much of their heavy equipment and vehicles are hopelessly outdated (think Persian Gulf War), whereas I.S.I.S. was able to capture the latest in American tech after the fall of Mosel. For now at least, what ever aid they are receiving isn’t enough in my opinion.

Read more about… Versus I.S.I.S.