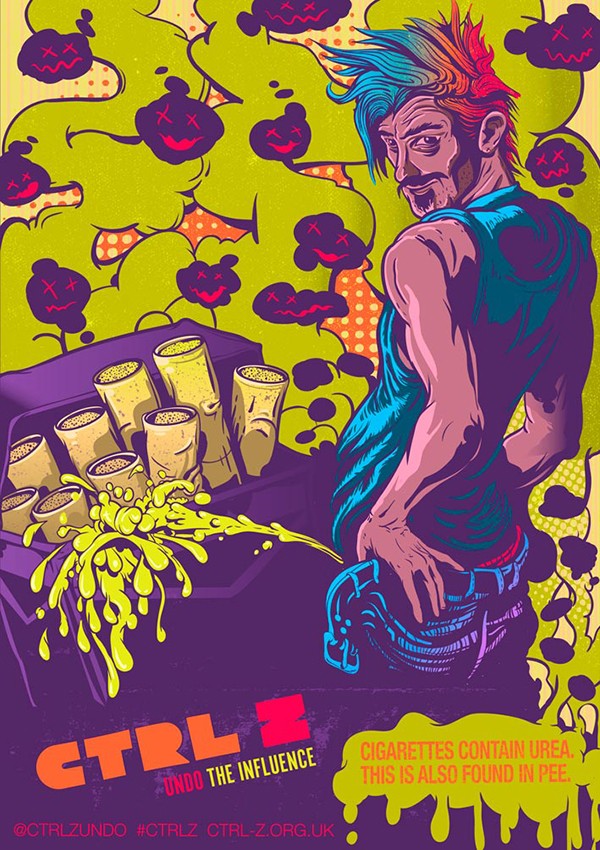 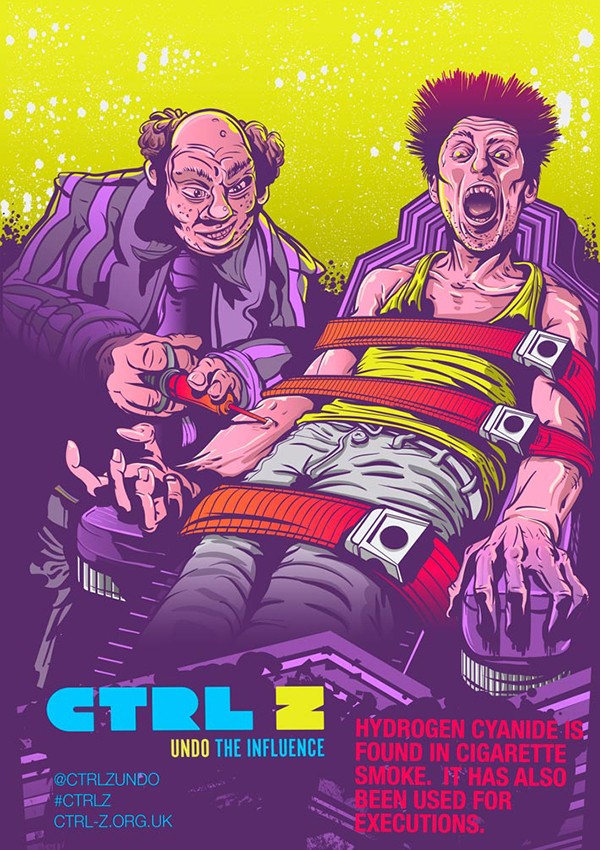 I have submitted two illustrations done for Ctrl-z, a part of Kick-it.org.uk. Ctrl-z is a anti-smoking group dedicated to informing the public on the dangers of smoking and providing help for people who want to quit. In addition to appearing in publications these images will be enlarged and turned into peepboards. For those not in the know, peepboards are those seaside attractions often found at fairs and other public places that people put their faces into to make it appear as though they have some sort of comical body. These will be placed in a number of locations throughout London including college campuses.

Thanks a bunch
Michael

Choose Your Own Adventure,…

Pregnancy in the Age of Is…

Flights of Fancy, The Desi…