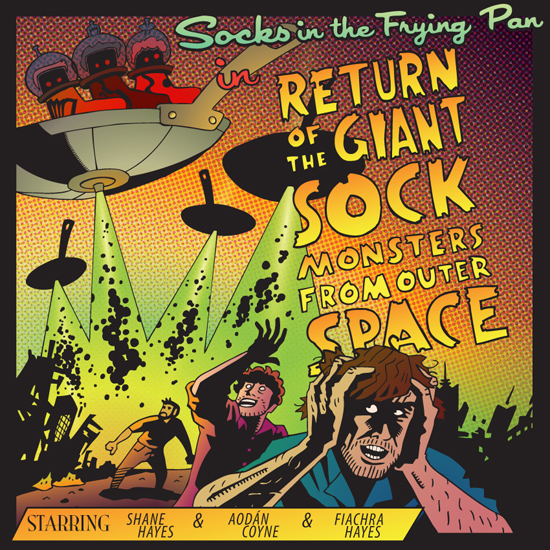 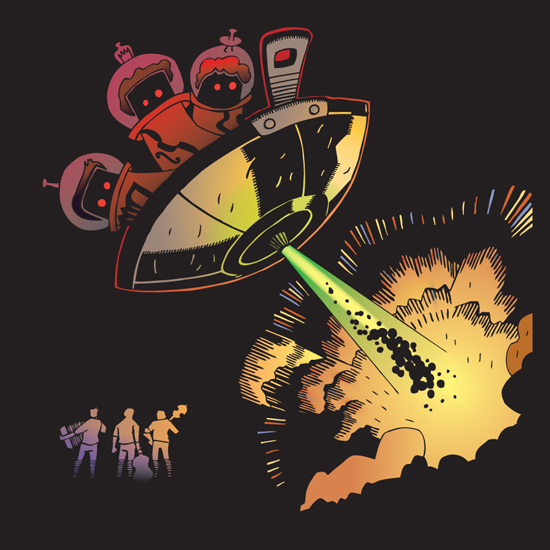 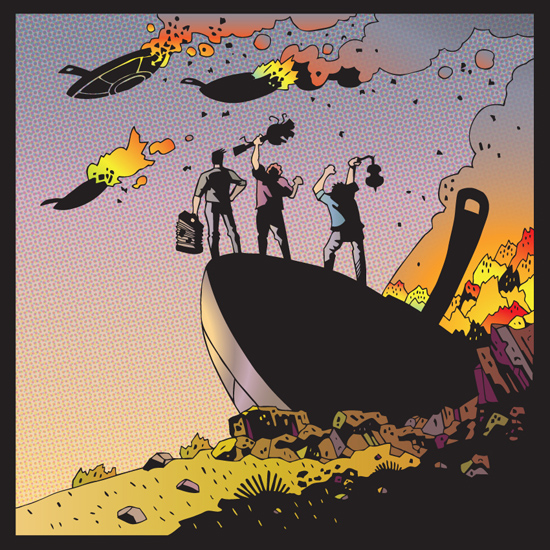 Socks in the Frying Pan is an Irish folk band who hired me to design their second album cover art. In case you can’t tell from their name, they enjoy redefining what it “means” to be an Irish folk band. I was absolutely privileged to be part of this fun and exciting endeavor. The band wanted a cover that channeled the fun and cheesy B-title sci-fi movie posters of cinematic history. In the band’s own words, “The art is simply awesome…as I say it is the first time any traditional Irish music band has EVER done ANYTHING like this…so either it will be a complete failure and seen as sacrilege and against tradition, which I doubt…or it will be seen as pushing the boat out and trying new bold things in a different direction…the CD will definitely stand out from the crowd anyway!!”

They had me at sacrilege!

The three images here are (in descending order) the Front Cover, Inside Panel, and Back cover depicting a classic alien invasion with the band members running for their lives. The Aliens themselves are based on cartoon sock-versions of the band members from their previous album and website. It provides excellent visual continuity for their band while allowing them to branch out into new and exciting art like this album’s artwork.

They tour in Europe and North America and you can see more information at their website at the link below.

Read more about… “Socks In The Frying Pan” Cover Art