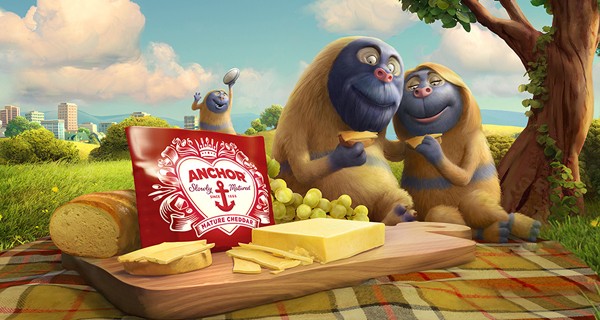 As part of Anchor’s new campaign, I was asked to work on a print ad featuring their new ‘Huggler’ characters to accompany the new tv spot (coming to a Coronation Street ad break near you).
The good people at Form Language provided a strong base, and I was asked to come in and give everything a final layer of polish and detail, and repaint the characters. It was a fun project and there’s an expanded version on the way for billboards etc., so keep an eye out!

Produced by Passion Pictures and Directed by Kyra & Constantin.