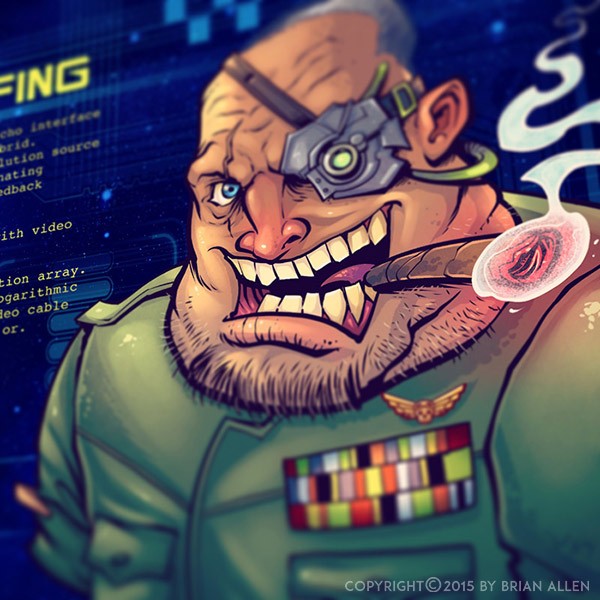 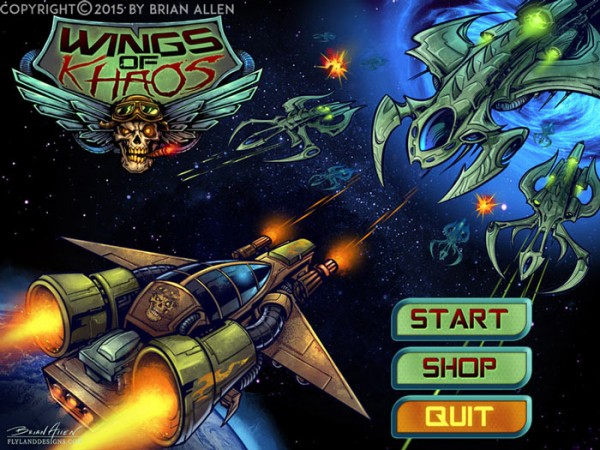 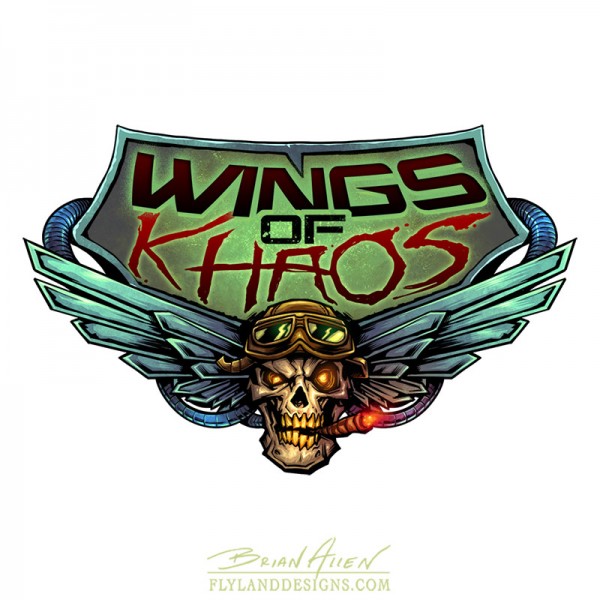 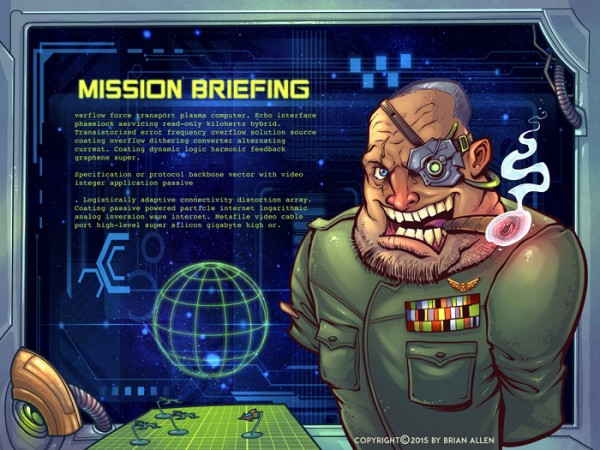 I was hired by an app developer recently to create these illustrated graphics for a space shooter game for the iPad called Wings of Khaos. I’m working with the developer to create assets for the game, including everything from the buttons, to the ships and backgrounds.

We decided to give the graphics a bit of a heavy metal theme – it’s going to have a great soundtrack too!