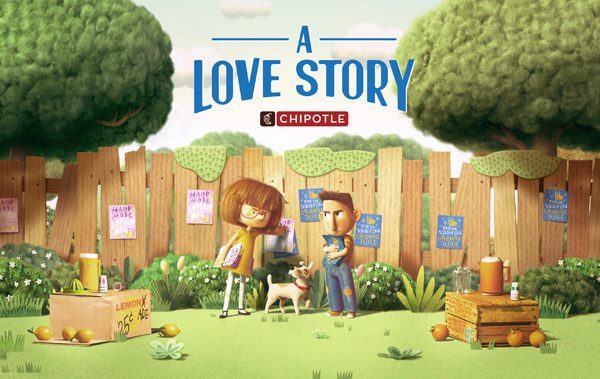 Over the last year or so have had the distinct pleasure of being a part of the creative team behind the newly released animated short ‘A Love Story’ for Chipotle.

Was brought on originally to work on character designs, and then again once production began as a matte painter/vis dev artist. Also worked on some of the promotional posters/images.

Was a fantastic experience working with some truly fantastic people, everyone worked their socks off and the final film is just brilliant. Very proud to have been a part of it. Hope to be able to share some of the work for the project soon.