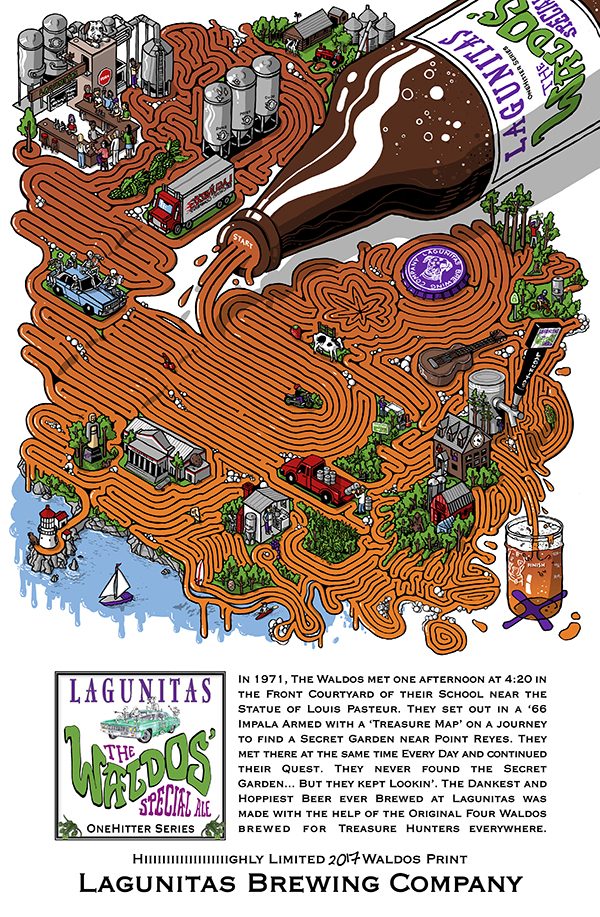 Every year Lagunitas Brewing Company does a special release of a beer called Waldos’ Special Ale on 4/20. This year I was asked to create an illustration for a limited release poster to be given out at special beer release parties around the country. The concept is a maze of liquid beer running past various landmarks and icons from Lagunitas Brewing folklore and ending in cool glass of Waldos’ Special Ale.
Look for a poster at a release party near you on April 20th!

Bold, bright and complex, Nigel’s signature style uses isometric line art and a striking but simple colour palette. He loves creating seek-and-find type drawings, as well as illustrations that feature complex fantasy architecture and/or imaginary machines. There’s all kinds of activity going on in Nigel’s work and it’s no surprise to find that his influences include Martin Handford (creator of Where’s Wally?), MC Escher and the computer game SimCity. At home in Berkeley, California, he lives with his wife, son, and a cat called Fidel Catstro.