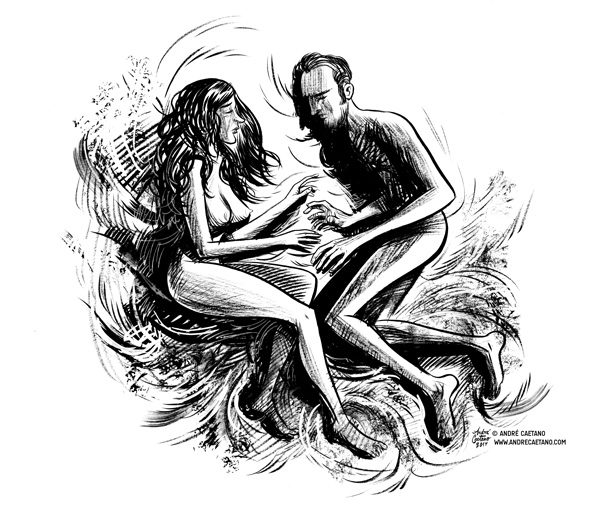 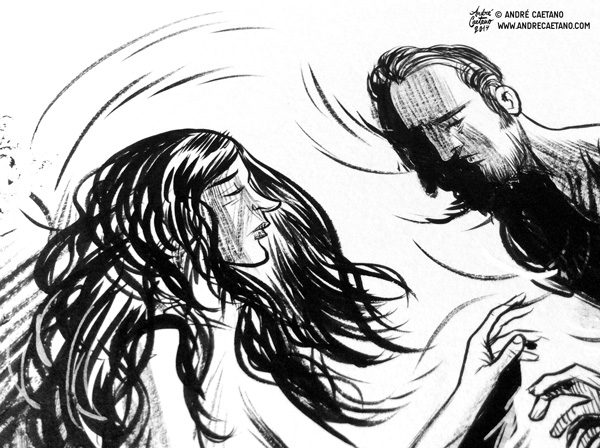 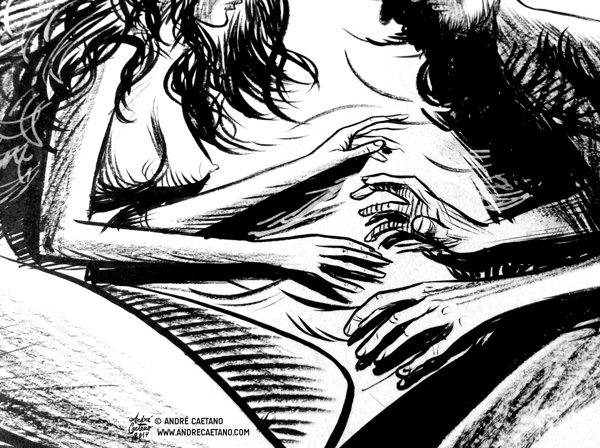 A short story written by Paulo Kellerman called Caixões Separados (Separated Coffins). The story is about a couple who’s relationship isn’t at its best. They talk with each other of the many years they’ve been together draining the love until they are strangers again.
Last year, the producers at Até ao Fim do Mundo invited me to illustrate it, but having the whole process filmed. So for about two hours, I had a small crew filming me, in my studio, going from sketch to final inks, to be broadcasted on Portugal’s National TV channel, RTP 2, on the TV show called Literatura Aqui.

To see the clip go to this link and at 21 minutes in, my part starts. It is in Portuguese, but you can see me drawing, a bit of my process and materials, and how I did it.

Short comic for the Amyotr…

Illustrated cover for a Ph…

My homage to Master Uderzo…

Video of my interview on D…

Interview for the Design R…

A Stem Cell Adventure for …

Anatomy of an accident, fo…

Illustration for Canoe &am…

Mascot for the Basquete Cl…

Illustrator
Pereira, M-M-V… Portugal
Tel: 351 239645349
www.andrecaetano.com
Hello! My name is André Caetano. I am an Illustrator with a love for drawing stories. Since September 2008, i've been full time Illustrating, working mostly for illustrated b… Show more.

Hello! My name is André Caetano. I am an Illustrator with a love for drawing stories. Since September 2008, i've been full time Illustrating, working mostly for illustrated books, comics, book design, posters and identity work, doing my best to tell interesting stories with lines and colors. I've been invited to go to schools, libraries and book related events, to talk about my work, how i do things, drawing live for them, and spread the love for drawing and illustration! I'm always interested in cool projects, so please feel free to contact me!