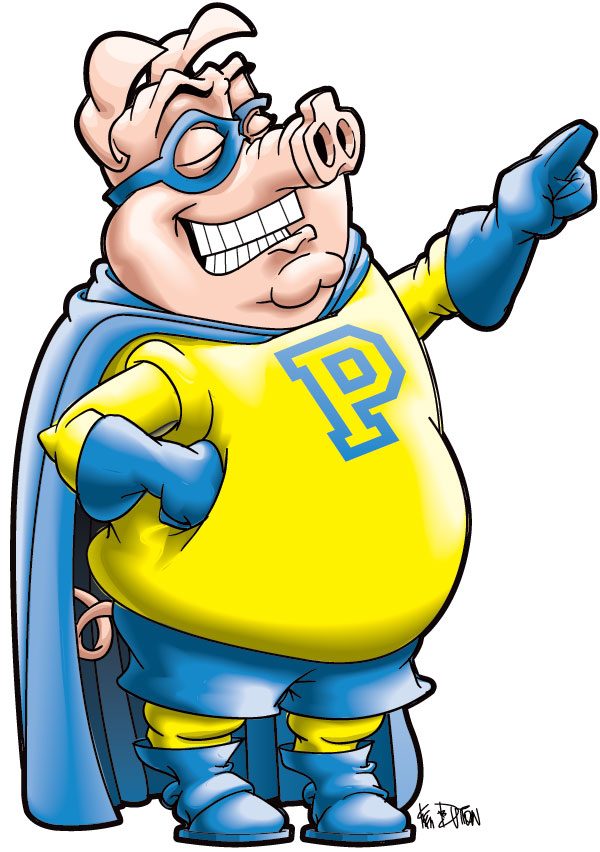 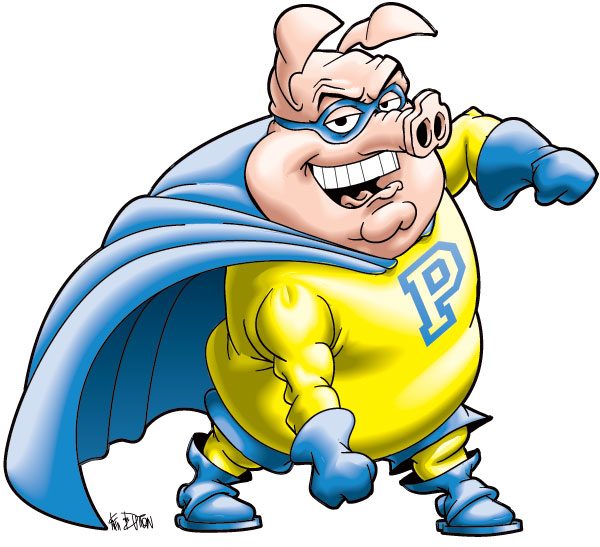 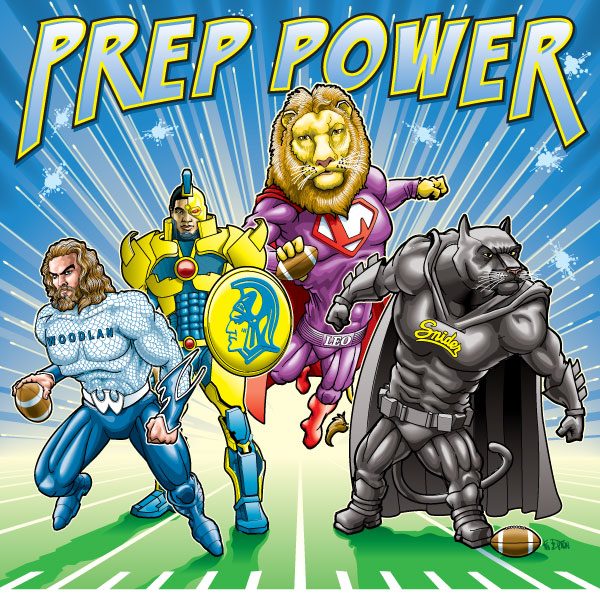 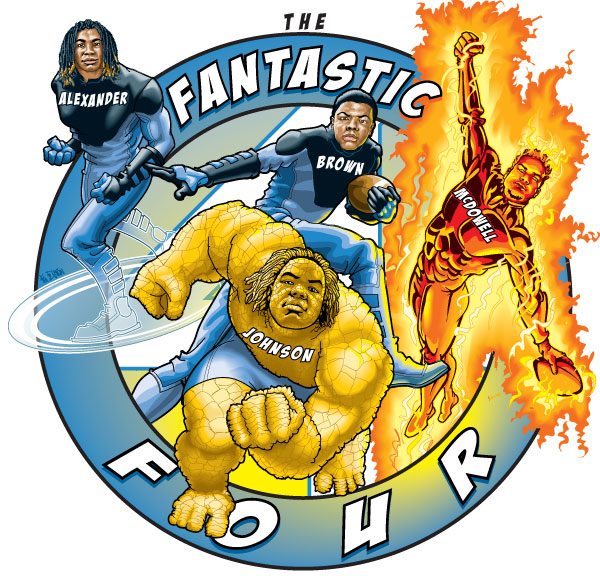 It’s a bird! It’s a plane! It’s a pig?… No, it’s The Pigskin Prophet! I recently completed and published a series of illustrations for the 2017 News-Sentinel newspaper area football season preview, featuring a super hero theme.
The recurring character, The Pigskin Prophet, the instantly recognizable face of prep football coverage, is back with three new illustrations (with a notable upgrade to his powers) – while still as hunky as ever. You can see more of The Pig from past years here.
In line with the super hero theme, the cover illustration features four area school mascots, enhanced and super-sized. From left to right there’s a Warrior, Spartan, Lion, and Panther, all suited up and ready for action. In addition, there’s artwork illustrating the rise of the area’s best defensive linemen collectively known as The Fantastic Four.

Looking Ahead to Summer 20…

And So He Did

Creation and launch of mar…

Illustrator
Fort Wayne, USA
Tel: 260-760-9311
www.kenduttonart.com
Ken is a creative, collaborative freelance illustrator who is results, deadline, and fun oriented. He specializes in illustrations that tell a story, as seen in the illustrations, … Show more.

“The tabletop party game we developed, Trump Cardz, was a tremendous success thanks to Ken's artwork. He captured the humor and emotions I was seeking to portray in the 60 graphic cards, and exceeded expectations -- all 60 times. Ken's work is intricate, intelligent, and full of fun details. He was professional, transparent, and quick to communicate. I will definitely work with Ken again for our next project.
— Elliot, Founder, Trump Cardz

Ken is a creative, collaborative freelance illustrator who is results, deadline, and fun oriented. He specializes in illustrations that tell a story, as seen in the illustrations, cartoons, and caricatures samples shown here (and at http://www.kenduttonart.com/). Aside from a stint in newspaper illustration and design, Ken has spent a good portion of his career in corporate America—emerging recently to establish his own full-service illustration shop. Happily married with three kids, Ken lives the idyllic life in the U.S. heartland, pursuing his life-long ambition to “draw things.” Ken is equally comfortable taking direction and taking charge, whether developing a simple spot cartoon or a series of detailed illustrations. He delivers: - Fresh, original takes on editorial or advertising content that support the client’s vision and resonate with the intended audience - Comprehensive management of the illustration process from conceptualization to delivery—, driven by customer feedback and involvement - Masterful renderings on time, every time, using a combination of traditional and digital drawing tools, with final art delivered digitally to optimize production across multiple platforms - Competitive pricing and ability to meet aggressive schedules