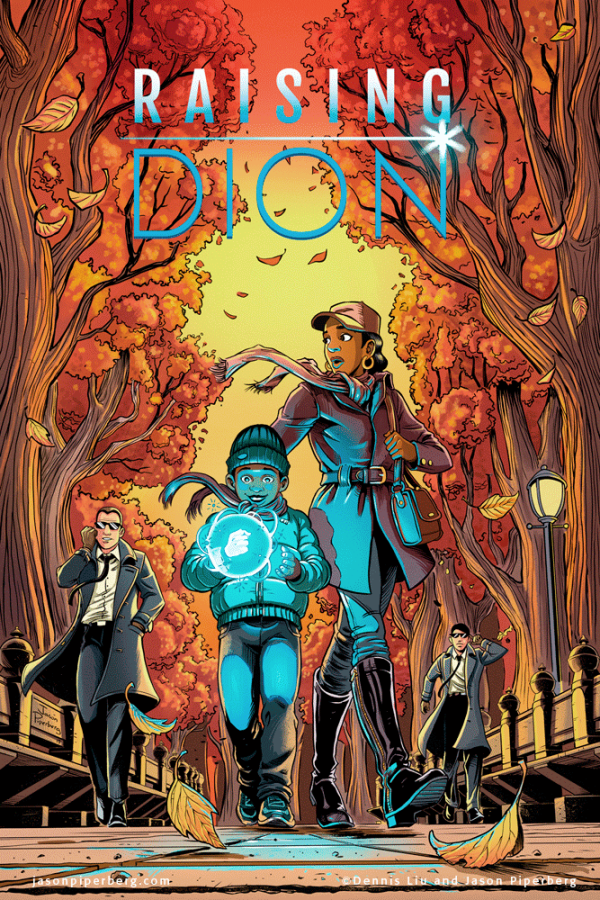 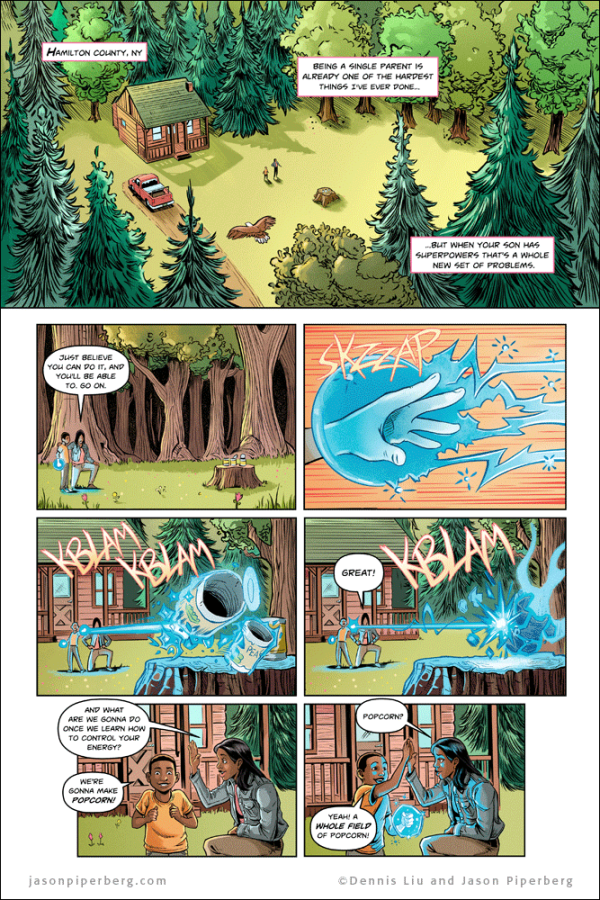 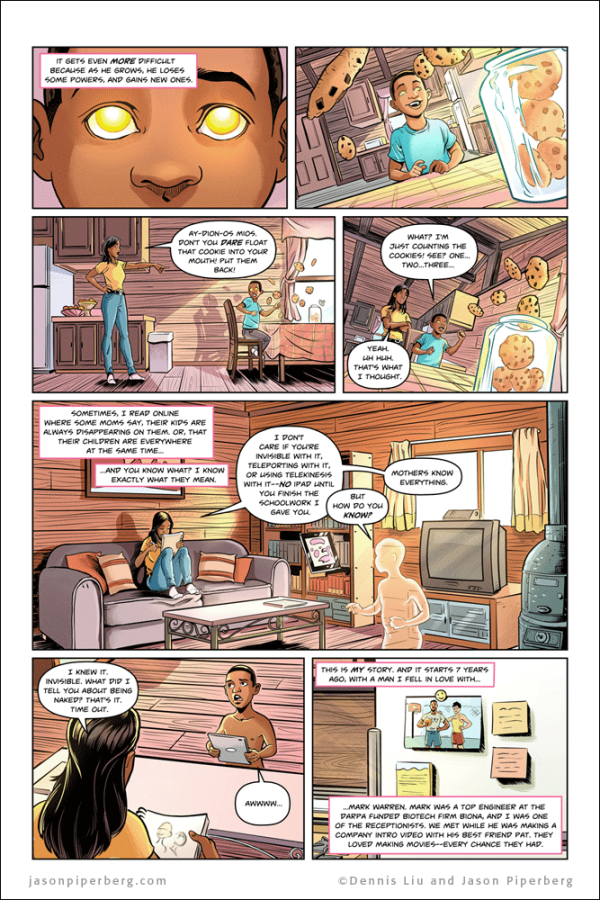 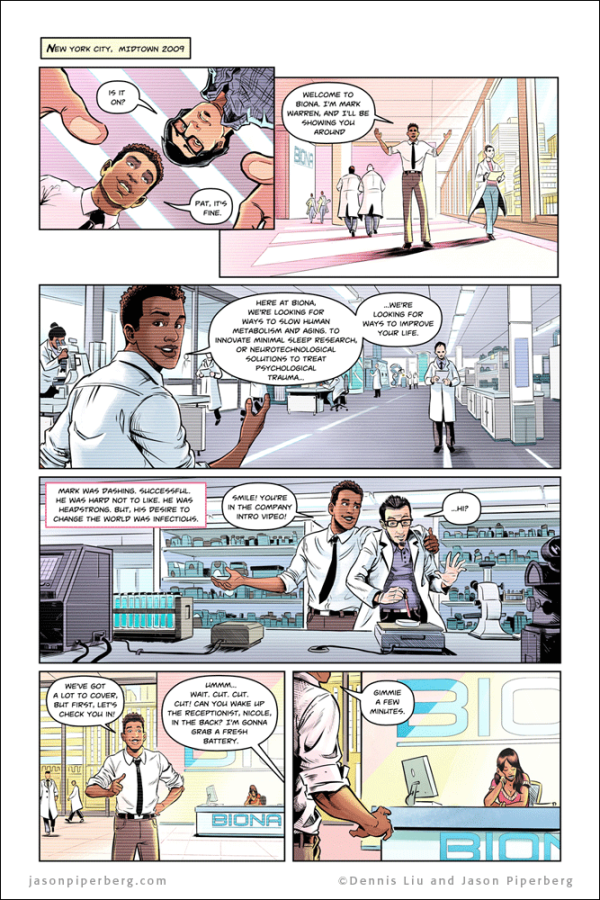 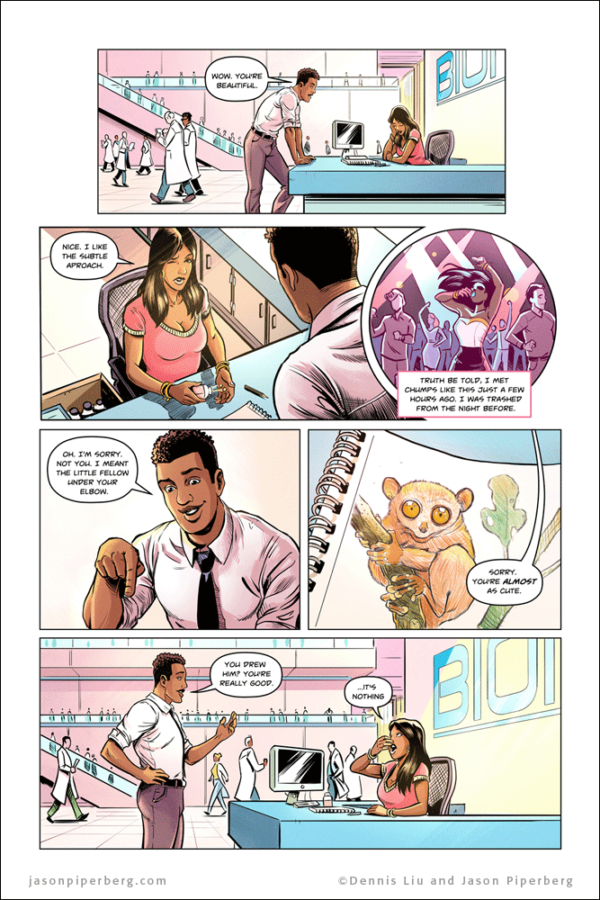 News broke recently about Raising Dion receiving a 10 episode series order from Netflix (read more at Variety). If you’ve followed my work over the last few years, you may be familiar (or at least aware) of Raising Dion. If not, here’s a story summary:

“Raising Dion follows a woman named Nicole Reese, who raises her son Dion after the death of her husband Mark. The normal dramas of raising a son as a single mom are amplified when Dion starts to manifest several magical, superhero-like abilities. Nicole must now keep her son’s gifts secret with the help of Mark’s best friend Pat, and protect Dion from antagonists out to exploit him while figuring out the origin of his abilities.”

You can still get a free download of the comic, or a $4 print copy from Indyplanet.com! There are also several preview pages in my Hire an Illustrator Portfolio.

Raising Dion is a comic project I worked on with the writer and creator of the story, Dennis Liu, in 2014-2015. It’s a project I put a lot of care and effort into. It was the first full length comic that I created professionally (24 pages, front and back cover, as well as some general layout design). It was also an incredible learning experience. I really pushed myself on every page and it’s still one of the projects I’m the most proud of.

Even though I haven’t been directly involved with Dion recently, it’s incredibly exciting that something that I was a part of is now getting a film treatment. I honestly can’t wait to see it. Especially since one of my favorite actors, Michael B. Jordan, is both executive producing and starring in the series as Dion’s father, Mark. I’m as much of a fan of this story as anyone and I will almost certainly be binge watching it upon it’s release, which will hopefully be sooner than later!

Along with the comic, Raising Dion also received an amazing companion short film written and directed by Dennis Liu. Definitely go check it out!

I want to congratulate Dennis and everyone else who was and is involved in the creation of this amazing story. I’m honored to have played a part in its initial creation and I can’t wait to see it unfold on screen!

Champions of Hara: Comic a…

www.jasonpiperberg.com
An illustrator, comic artist, and storyteller, Jason has worked on projects such as: Raising Dion, (Written by Dennis Liu, and recently adapted as a Netflix series), covers for Arc… Show more.

“Jason exemplifies the rare combination of talent and dependability. While working on board game and graphic novel projects for our company, Jason showed that he is excellent both at taking direction and expanding upon ideas that are presented to him. His ability to turn a simple description into fully realized concept art, as well as his capacity for graphic storytelling are unparalleled among the artists I have worked with, and I would recommend him without hesitation for this kind of work.
— Ian VanNest, Co-Founder at Leaf Pile Media

An illustrator, comic artist, and storyteller, Jason has worked on projects such as: Raising Dion, (Written by Dennis Liu, and recently adapted as a Netflix series), covers for Archie Comics’ Sonic and Mega Man titles, Patriot Tales (a comic series for the Valley Forge Tourism Board written by Christian Patchell and colored by Ryan Barr), the Champions of Hara comics and board game, and his creator-owned sci-fi adventure comic Spaceman and Bloater. Having a passion for classic line work and mixing it with his flare for modern storytelling; his work feels at home in a variety of subjects and genres. From more grounded slice of life and historical fiction, to swashbuckling super heroes and sci-fi/fantasy worlds, his style is malleable but distinct. Having always had a love for illustration, comics, super heroes, sci-fi, and anything related to narrative imagery and storytelling, he’s lucky enough to have made a career from those passions; creating something new everyday.