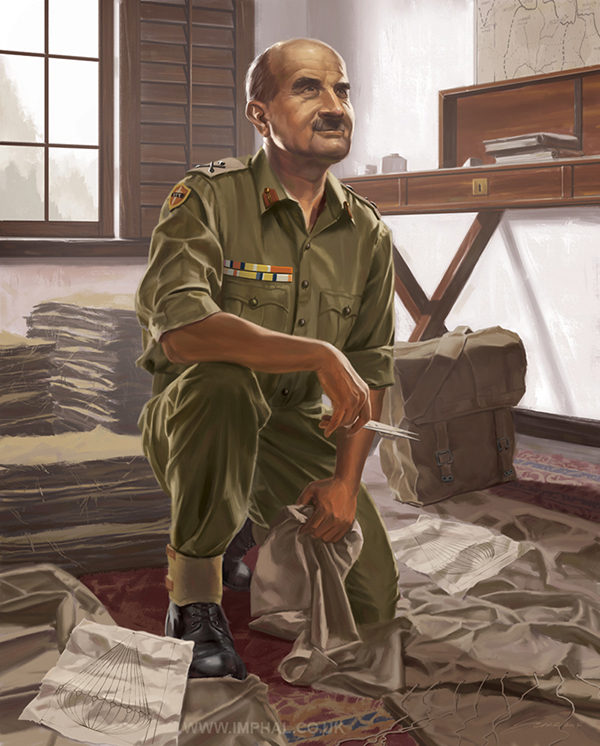 Late in 2016 I was commissioned to create an illustration of General Bill Slim in support of a much larger project entitled “Soldiers of Empires”. The project is primarily focused on the WW2 Burma Campaign and more specifically, The Battle of Imphal. In this illustration I was asked to portray General Slim creating parachutes out of cheap jute sacks as an affordable alternative to the more costly and less available silk parachutes of the time. Here’s a link for anyone who’s interested in reading about it further.

I'm a freelance illustrator and artist, currently residing in Vancouver Canada. I've worked on a variety of different projects from portraits, book covers and private commissions. Many years ago I started out as a traditional artist and so I strive to create digital illustrations that have the same look, feel and brushwork of oil paintings. Other than art I love fedora hats, watching movies, single malt whiskey, traveling, playing guitar and cycling. Recently I discovered yoga which has helped me to limber up from all the countless hours sat in front of the computer!