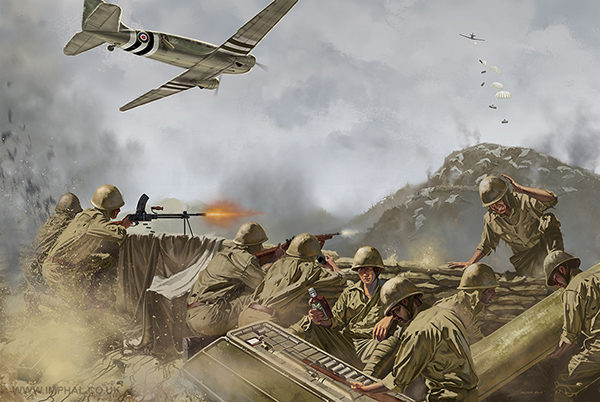 Here’s another illustration that I created for the ‘Soldiers of Empires’ project. During the Battle of Imphal, the British were getting air support which mainly consisted of rations, weapons, ammunition, etc., but the cannisters were carrying bottles of rum in them as well. The Japanese managed to grab some of the stray canisters and were very surprised when they discovered the rum. Here’s a link to the project where you can learn more.