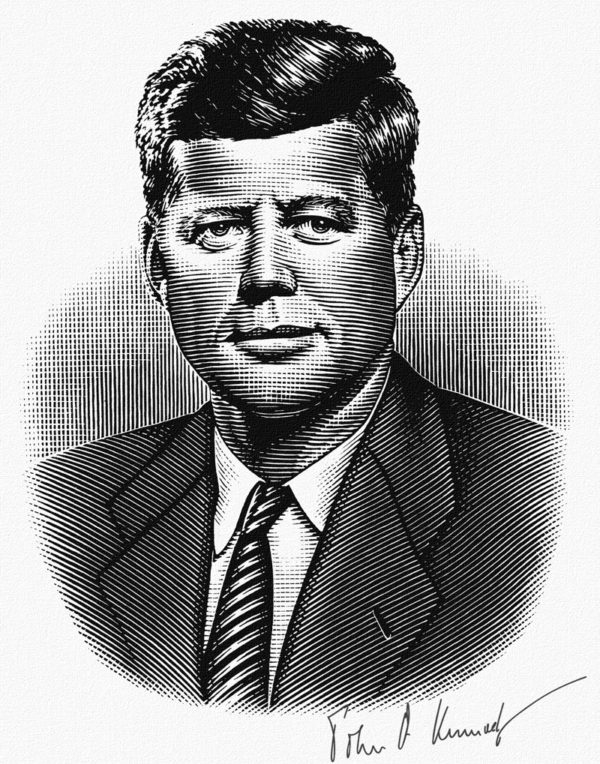 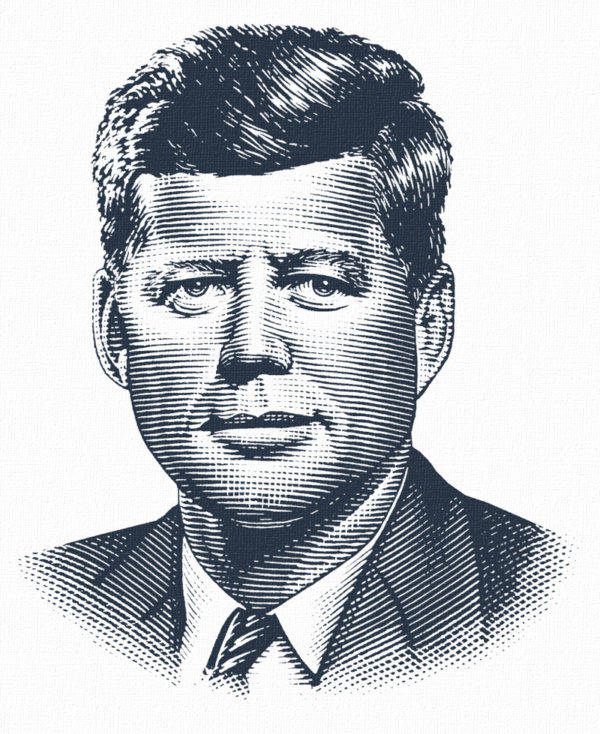 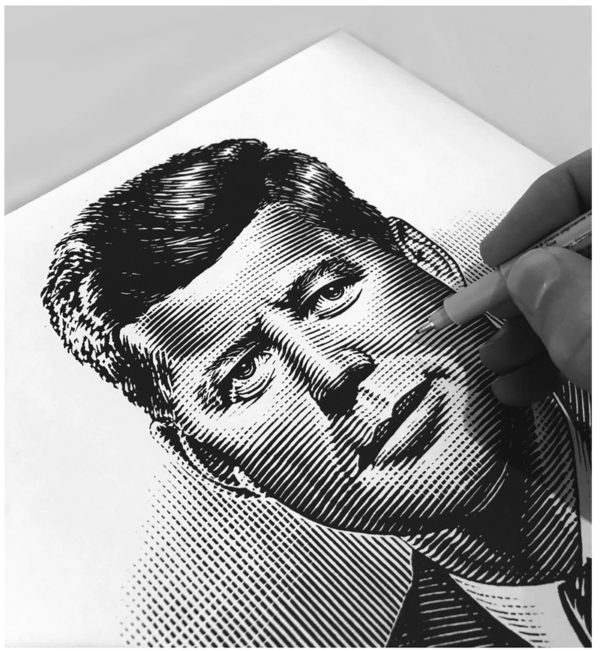 This tribute portrait to John F. Kennedy was illustrated by Steven Noble to commemorate JFK’s 50th anniversary (2013) as the former 35th United States president serving from January 20, 1961 – November 22, 1963. The portrait was rendered by hand in a scratchboard woodcut/engraving style and supplied digitally in both eps vector and rasterized Photoshop formatted files.

The Audacity of Thomas G. …

Saint George and the Drago…

““Steve is one of those rare creative types who can use both hemispheres of his brain to create tight, outstanding illustrations--every time. His website speaks volumes about the quality of his work, so let me speak to the quality of his ethos: Steve is sharp, friendly and very professional. He pulls out the stops and delivers above-expectation results consistently. Thanks Steve!” February 15, 2008 Steve Fischer / Fischer Design 2008
— Steve Fischer, Fischer Design

Steven Noble's expertise includes, woodcut, engraving, line art, and pen and ink and scratchboard illustrations. He has mastered a wide range of detail and styles within the scratchboard medium and has become internationally recognized for his work from clients as far away as Japan to Europe. Over the years, he has become equally adept in the woodcut, pen and ink, traditional engraving and steel engraving styles, as well as a variety of stylized scratchboard techniques. His highly disciplined and complex line work is based on over 23 years of experience from bold woodcuts to very fine traditional 19 century steel engravings. Over the course of his career, he has created many nationally recognized logos and ad campaigns for a large list of prestigious and high caliber clients such as Coors (corporate/packaging logo), Exxon-Mobil (stock certificate), JP Morgan (annual report) and Mercedes-Benz (ad campaigns). A lot of his expertise encompasses a large volume of subject matter that include food, portraits, animals, maps, architecture, and corporate conceptual images.