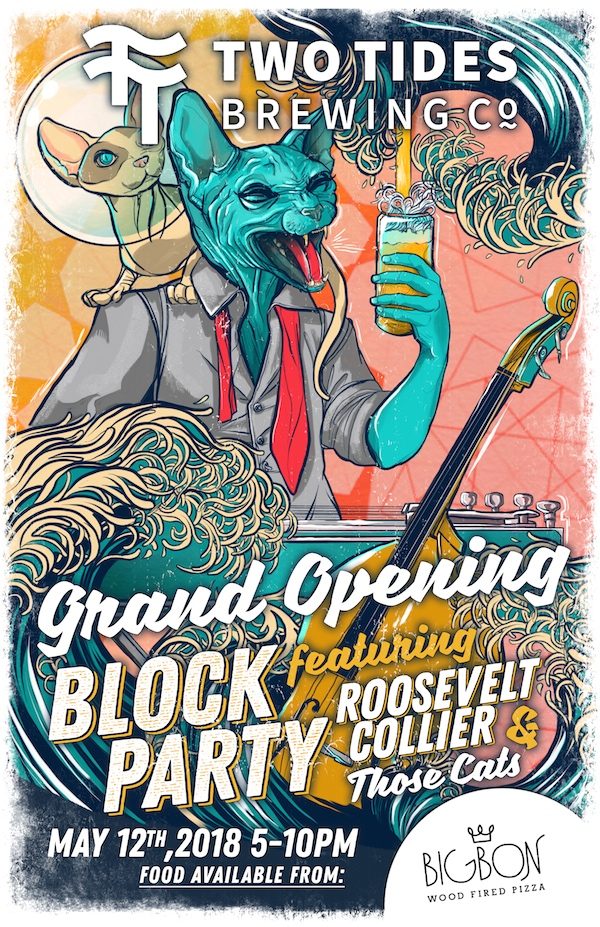 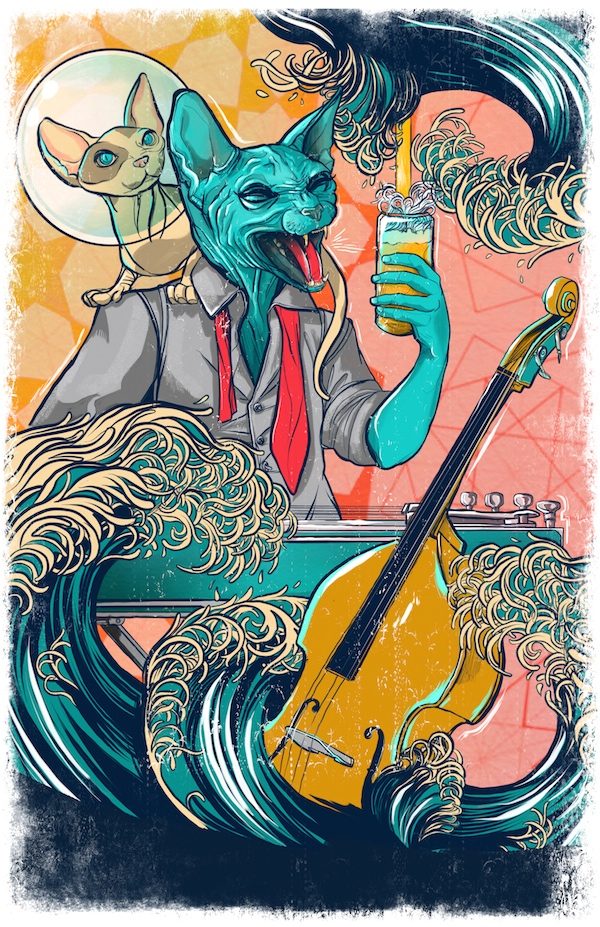 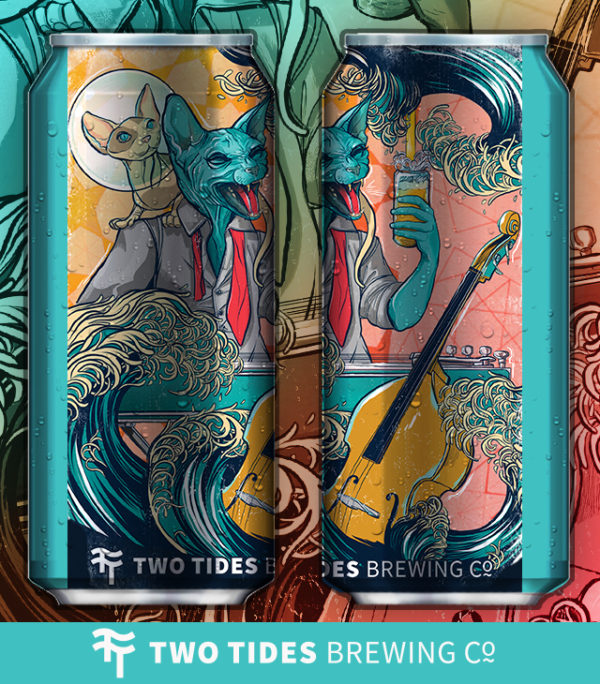 Two Tides Brewing Company approached me after we had met at an event for Dogfish Head Brewing Company. A local Savannah microbrewery opening in the Starland District, Two Tides needed an awesome poster to advertise their Grand Opening Block Party with musical guest Roosevelt Collier and Those Cats.

After discussing things with the creative director Liz Massey, we decided to embrace the surreal, surf rock aesthetic of their brewery and the liveliness of the music that would be at the Block Party. Inspired by Liz’s spirit animal, the cat, we found a nice amalgam of the musician and a hairless sphynx feline. We used complex geometry as a pattern and then used the brewery’s logo Pantones to color the entire image.

This was by far one of my favourite jobs in recent years. We are currently in talks to continue our relationship and also start designing new labels for their upcoming sour series.

Nurse T-shirt design for a…

Choose My Own Adventure Po…

“Marc is an extremely talented artist. After just one brief meeting to discuss what I was looking for he was able to get to work right away and deliver on-point and on-brand artwork. He pays attention to detail which is very important when working on deadline. While he was working he even sent over a rough draft so we could talk about the direction the work was headed in order to make sure we would be happy with the final pieces.Everyone who saw, and has seen, the work he did for us has complemented it and raved about it. We can't wait to continue working with Marc in the future!
— Liz Pryor, Two Tides Brewing Company

Illustrator, Fine Artist, Graphic Shirt and Apparel Designer, Beer Label Maker and Connoisseur of Coffee, Brew, and Tea. When I'm not illustrating I enjoy reading fantasy novels, playing immersive role-playing games, and enjoying time with my wife and our two pupperonies. I work fast and have a great imagination. If you've read this far why not shoot me an email? No job is too small!