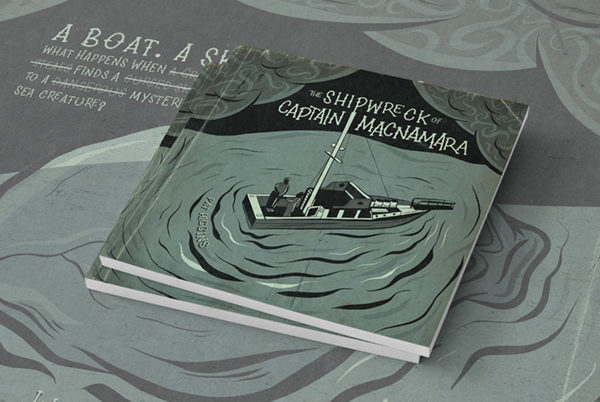 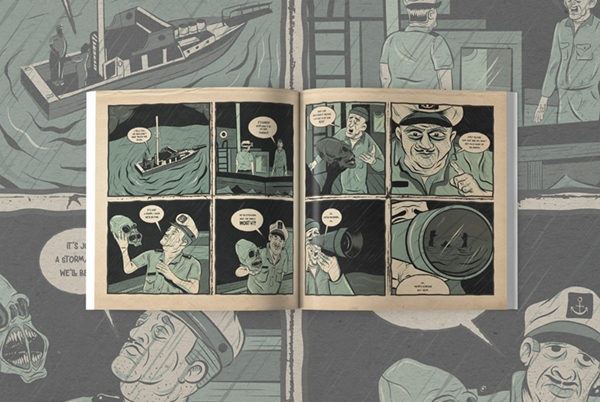 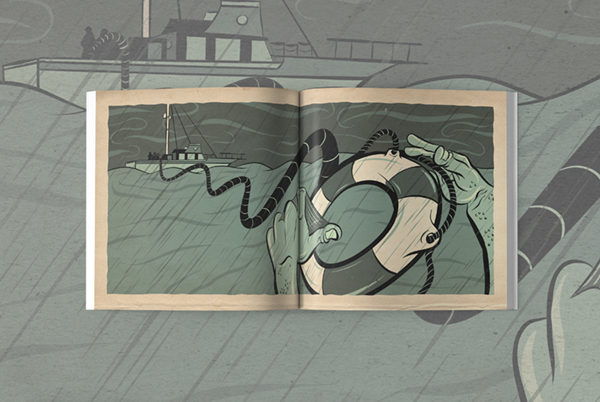 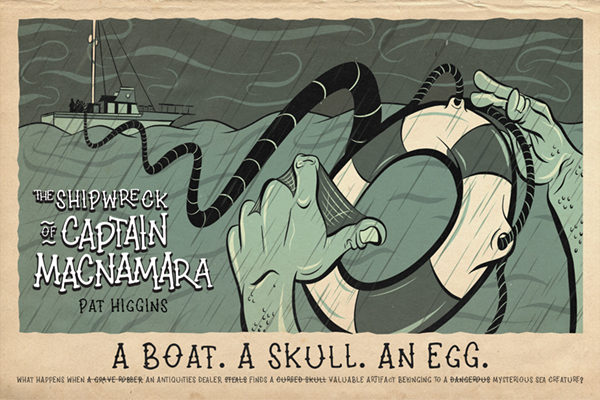 In July 2018, while attending ICON (The Illustration Conference), in Detroit, Michigan, I participated in an “Experimental Comics” workshop led by Lilli Carré. One of the exercises was to use a six line poem, (“Short talk on rain” by Anne Carson, from her book, “Short talks”) to create a six panel comic narrative. When the workshop and the conference were over, I wanted to use the six panels from that exercise as a starting point for a new comic. As a challenge to myself, I wrote and illustrated the remainder of the new story in less than 30 days. I also created original typefaces for the cover and interior text.

The result of that 30 day challenge is “The Shipwreck of Captain MacNamara”, a 48 page comic combining elements of horror, science fiction and suspense. The book will debut at the Small Press Expo (SPX) in Bethesda, Maryland, on September 15 & 16. Pre-orders are available and and will begin shipping on September 18, 2018.

A Boat. A Skull. An Egg.
What happens when an antiquities dealer (a grave robber) finds (steals) a valuable artifact (cursed skull) belonging to a mysterious (dangerous) sea creature?

Pat Higgins is an award-winning illustrator, cartoonist and graphic designer from Delaware. Throughout his career, he has had the opportunity to work for a wide variety of clients and agencies; both in-house and as a freelancer. In addition to client work, Pat has led workshops and showed his work in galleries across the United States. He also co-hosts the monthly Oddball Art Hall in Wilmington, Delaware and is a member of the National Cartoonists Society. Pat’s recent books include, The Family (2019), The Shipwreck of Captain MacNamara(2018), Elroy’s Big Adventure (2018), and The Android’s Bewildering Conflict (2017). Pat majored in Illustration at the Delaware College of Art and Design and is also a graduate of the Visual Communications program at Delaware Technical and Community College.