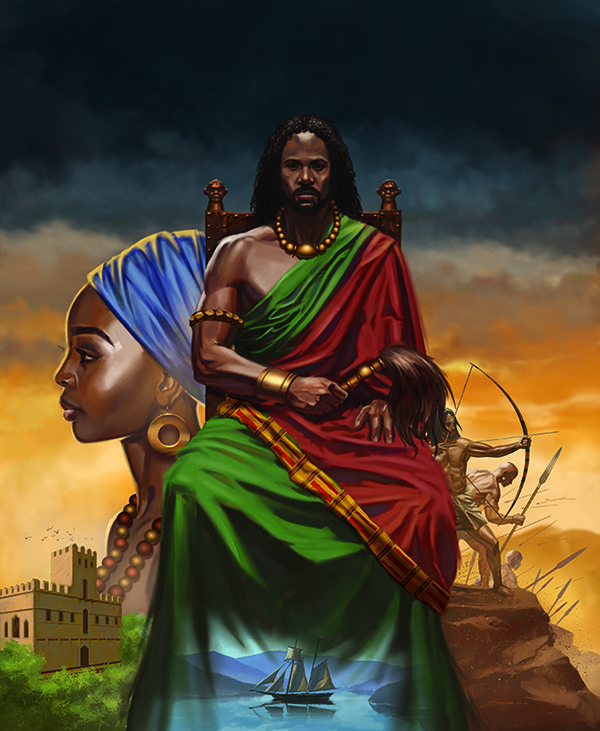 Earlier this year I was lucky enough to be commissioned to create an illustration for a book on British literature, and specifically the story of Oroonoko by Aphra Behn. “Oroonoko is a seventeenth-century novella that tells the story of the eponymous hero, the prince and heir to the throne of the African country of Cormantien.” This was a pretty challenging illustration as there were quite a lot of story elements to include and details to get right, but it was a challenge that I really enjoyed.