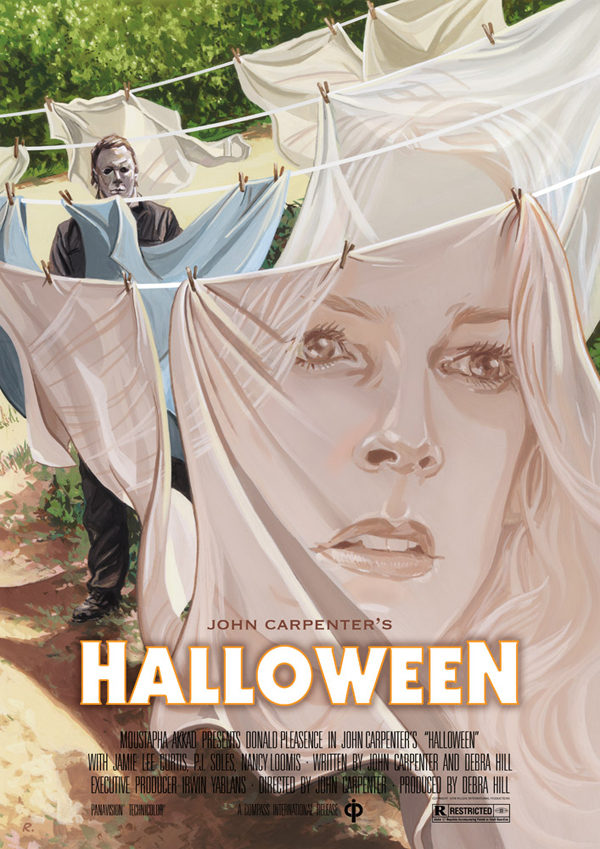 It’s been 40 years since ‘The Shape’ first terrorised poor Laurie Strode (played by Jamie Lee Curtis) in the small town of Haddonfield. After escaping from a mental hospital under the watchful gaze of Dr Loomis, convicted murderer and mask enthusiast Michael Myers returns to his home town and quickly picks up where he left off murdering hapless teens on the spookiest night of the year. This classic horror film written by John Carpenter and Debra Hill, directed and scored by Carpenter, set the standard for many years and spawned a long running franchise which sees a new Halloween film released this very year. To celebrate four decades of this classic, my Patreon supporters can download an A3 high resolution ‘movie poster’ print and creep themselves out staring into his ‘blank, pale, emotionless face, and… the blackest eyes – the Devil’s eyes.’