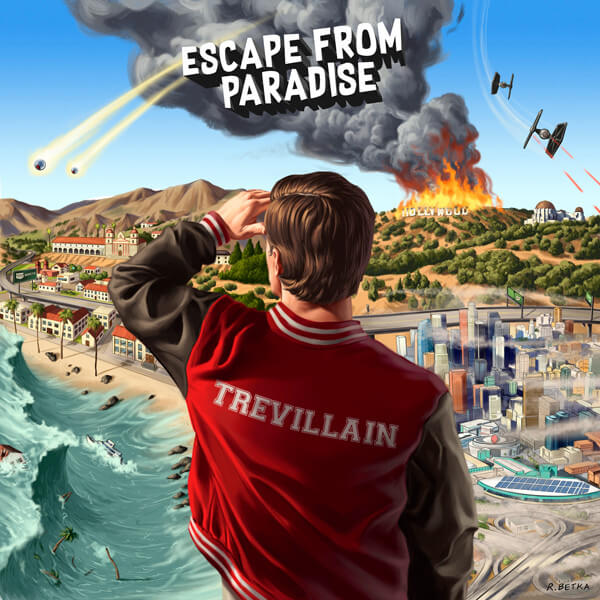 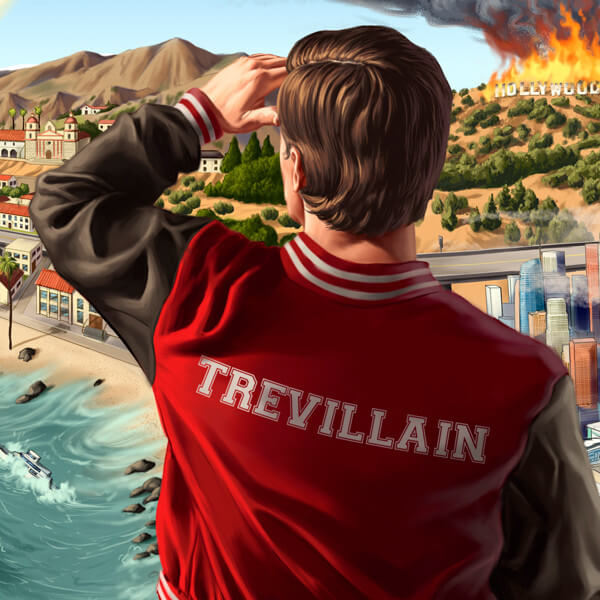 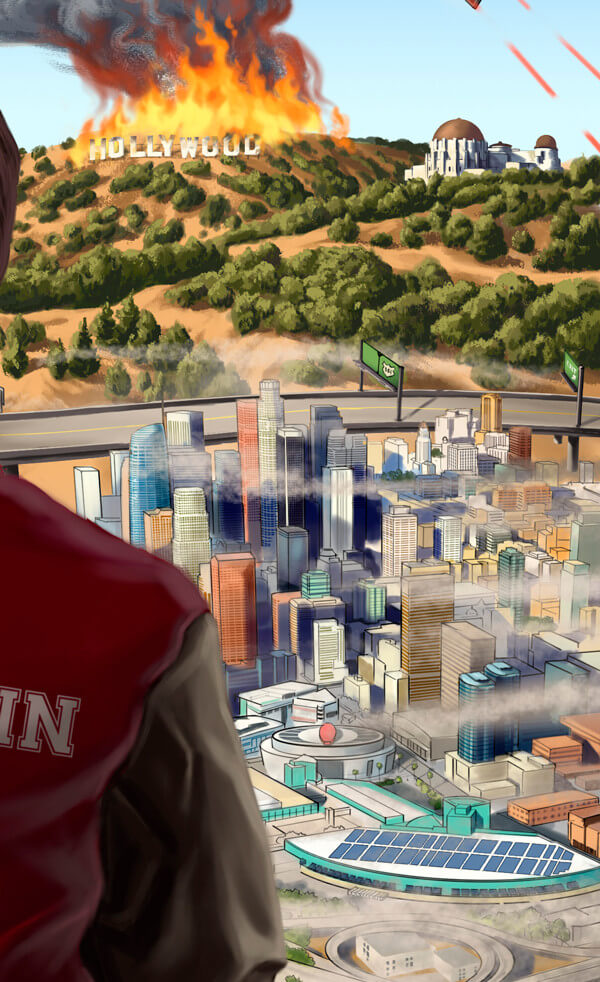 Around mid to late 2018 I completed this album cover illustration for the rapper Trevillain. His album “Escape From Paradise” is a full length album which he released in the summer. Shortly afterwards, he performed at a large venue concert where he opened for Bone Thugs n’ Harmony. For the artwork, he asked to blend a composite of himself overlooking the California coast with Santa Barbara depicted on the left and Los Angeles on the right. Both cities are being struck by disasters with a sci-fi twist, but alluding to real disasters of the recent past in Southern California.

In addition to the illustration, I also executed the title typography for the album. His album is available for sale on all the online music platforms.

Flock of Ba-Hui and Other …

This Election needs to Enl…

Exhibit at the RAW Artists…

It Happened To Me: Magazin…

www.rogerbetka.com
Roger Betka is an Illustrator based out of Los Angeles, California, and has a highly eclectic interest in retro art and Science Fiction. My personal artistic style merges classic c… Show more.

“"I would like to give a shout out to Roger Betka, he just finish my band's EP artwork, and he went above and beyond. He was always punctual about responding, and very easy to talk to. He even gave it to me before the deadline. 5 stars easily. Would highly recommend."
— Elijah Reed, Exzentrik Music

Roger Betka is an Illustrator based out of Los Angeles, California, and has a highly eclectic interest in retro art and Science Fiction. My personal artistic style merges classic comics, science fiction, underground & retro art together. My experience spans from comics, story boarding, and caricature art to commissioned oil paintings for distinguished patrons. I currently work as a freelance Storyboard Artist with Storyboards Online/ Interactive Art Services Inc. I have produced Storyboards for several major TV Commercial campaigns for companies such as Ebay, Reebok, Chevy Motors, Baskin Robbins and others.