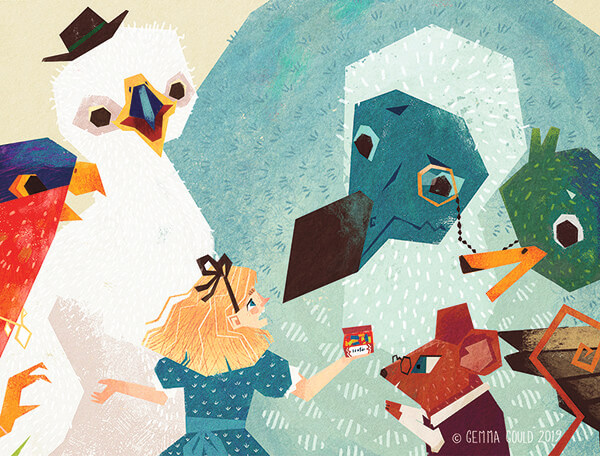 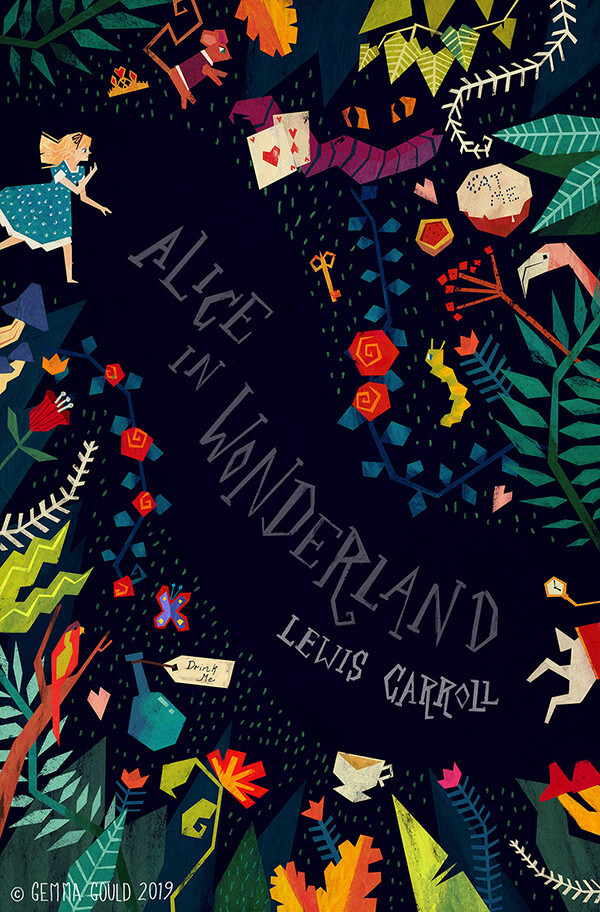 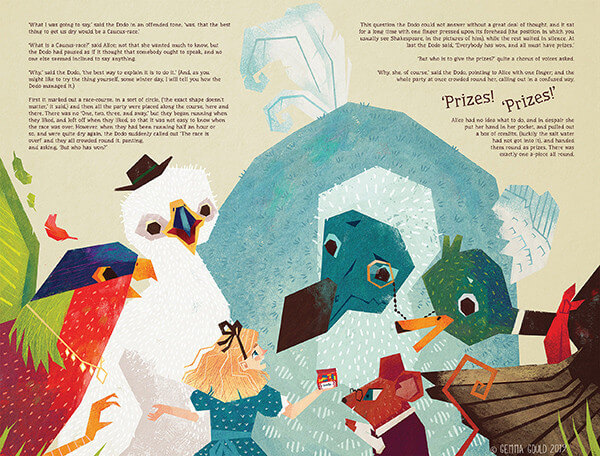 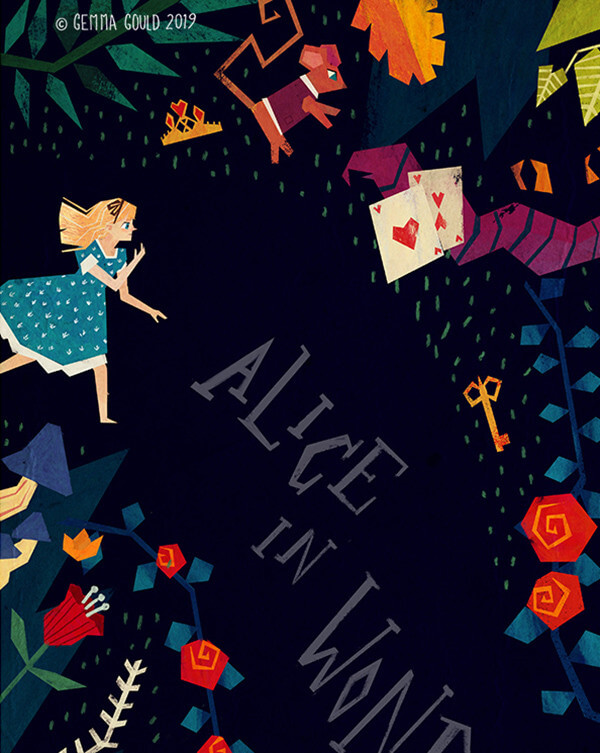 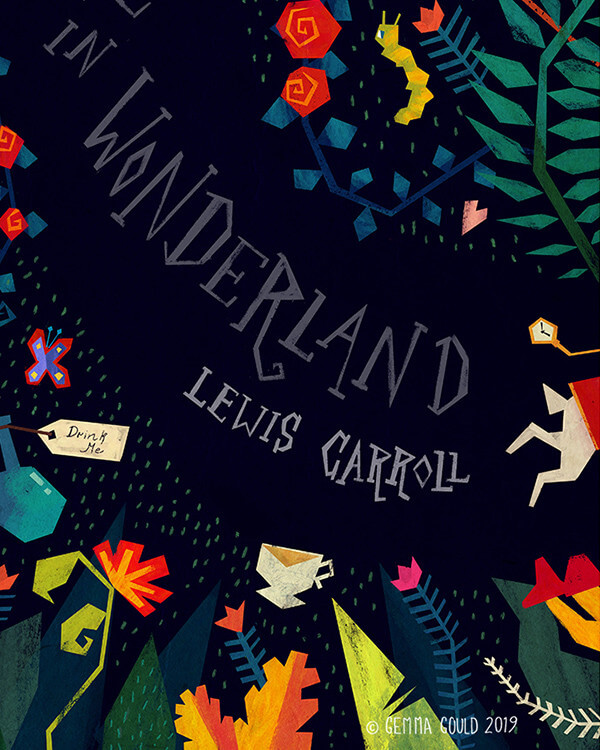 Recently, I took part in a competition run by illustration agency Plum Pudding. The brief: to imagine a book cover and a double page spread for a new publishing of children’s classic ‘Alice in Wonderland’ by Lewis Carroll.

Alice in Wonderland is renowned as a prime example of the ‘Literary Nonsense’ genre. Chaotic, confusing and with decidedly dreamlike logic, the story tosses Alice from one ridiculous situation into another, where she encounters a host of colourful and generally unreasonable anthropomorphic animals. To illustrate the illogical and fantastic nature of the tale, I opted for a busy and decorative design with a vibrant colour palette, inspired by vintage folk art. I blended more traditional elements such as the serif font and flourishing style with my more modern geometric visual language, giving an old story a contemporary overhaul without losing its classic identity.

For the cover illustration, I contrasted a dark background with the brighter elements to create a magical aesthetic. White space suggests the white rabbit’s tunnel amongst a jungle-like tangle of flora, animals and story items. Alice chases the white rabbit through the tunnel and across the cover, striving to keep on his tail through the noise around her as the book’s title tumbles in front of her. Meanwhile, the rabbit has almost left the page, inviting the reader to follow him by opening the book. This design could be continued on to the back cover easily, with a continuation of the winding tunnel and intertwining patterns.

My interior spread depicts the confusion after the Caucus Race; it is declared that “everyone has won and all must have prizes” and Alice is quickly surrounded by a huddle of excited birds loudly demanding their rewards. I enjoyed the idea of the birds squabbling and squashed together in the frame, with their varied colours, sizes and personalities, and poor Alice caught in the middle, appearing tiny by comparison. I used the same colour palette as the cover to give a sense of continuity but opted for a light background for balance and a more traditional look.

Although I didn’t place in the competition, I loved working on this project and I can’t wait to create more narrative and cover artwork in the future!

“Gemma was, from the get-go, a pleasure to work with. Her illustrations are eye-catching, authentic and very thoughtfully designed. She knew immediately what my team were looking for when I came to her with an idea regarding our online magazine - she delivered exactly that and more!
— Hollie Mac, Alex and Alexa

Gemma Gould is a British illustrator, based in the beautiful Shropshire countryside. Drawing inspiration from traditional printmaking techniques, she combines vibrant geometric shapes with textured details and gentle humour to create charmingly quirky illustrations. Gemma has worked with clients worldwide across numerous markets, including children’s books, editorial and animation.