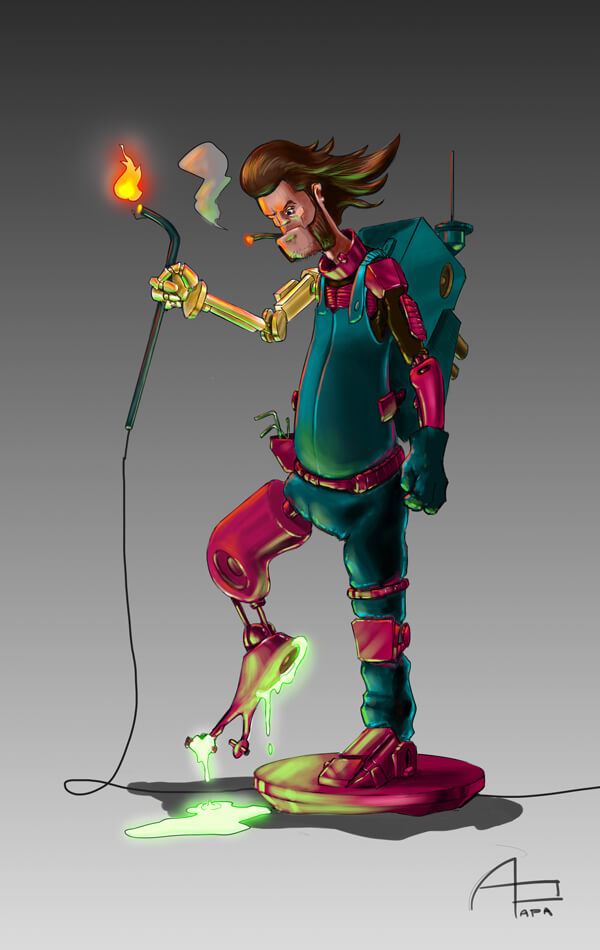 I’m working on a new character for a story I’m about to pitch, to either become a cartoon, comic book or game. The background story is the same but the narrative changes a bit depending on which route we take.

The character is a man who after a life-changing incident, has lost his sense of purpose in life. When a colonisation initiative is looking for volunteers, he goes ahead and becomes the first man to travel to Mars, with the aim to mine the natural resources of the planet and send back updates on data, as well as how it is to live there. He hopes his life will have meaning once again, but his time alone there takes him down strange routes and strange encounters, not knowing if they are real or not.

He is a reluctant hero.

The Birth of Existence

Hi, I'm an illustrator with a passion for storytelling, so I focus on storyboards, comic books, concept art and editorial illustrations! I enjoy using colours and great compositions. I love having an excuse to draw, and concept art along with storyboards offers that.