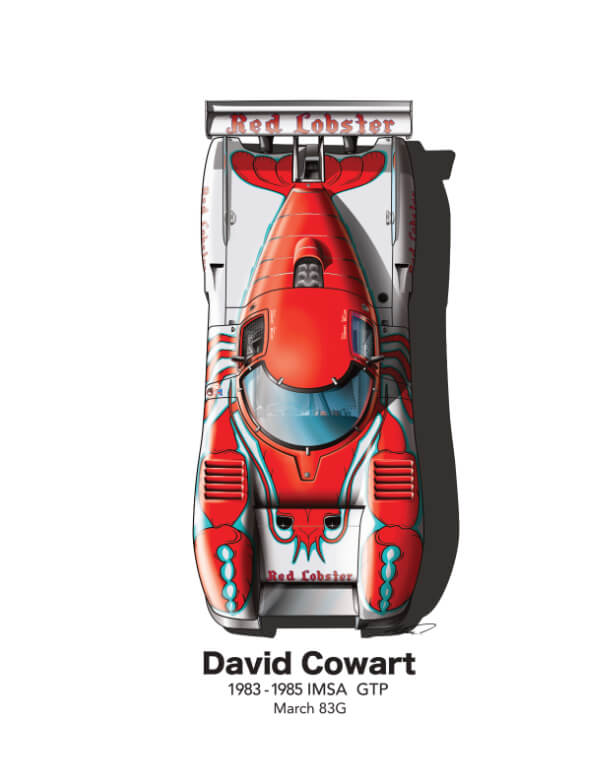 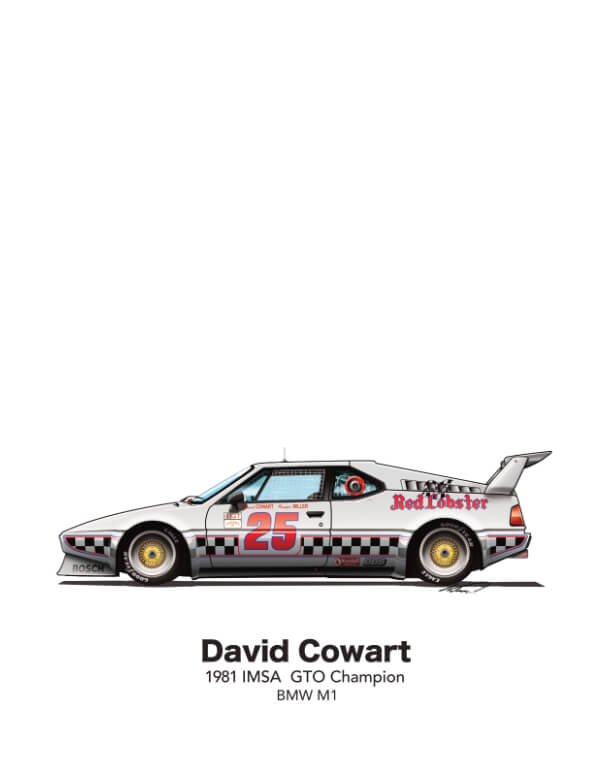 After several months of research and work, I am pleased to present this series of race car illustrations commissioned for former race car driver David Cowart (by Cowart’s son-in-law). As a fan of both auto racing and its history, it was a genuine honor and thrill to create artwork not only for a former driver, but to have that work involve the iconic “Red Lobster” crustacean liveried March IMSA GTP racer. Creating this trio of illustrations was a completely digital project, going from digital sketch all the way to complete vector artwork. Meticulous detail was placed on the accuracy of sponsor logos (many of which had to be recreated digitally, as they are no longer in use), as well as the engineering and design details of each car. Each finished piece was printed as a 16″ x 20″ poster on matte paper. The majority of all pieces were designed and built in Affinity Designer, with various aspects tuned in Clip Studio Paint.

My main artistic focus is on mechanical objects (especially cars), as well as logo designs. Both involve creative ways to combine color and shape in eye catching and memorable combinations.