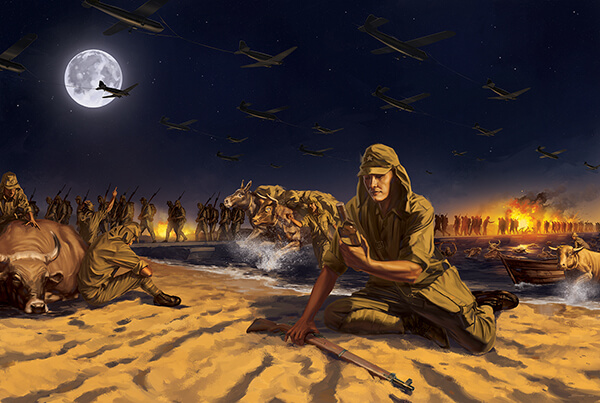 I recently finished up another WW2 illustration for the ‘Soldiers of Empires’ project, depicting the Japanese army’s disastrous night crossing of the Chindwin River in Northern Burma. Hundreds of men were killed, thousands of cattle, mules and half of their ammunition was lost as the Japanese massively underestimated the crossing. Front and centre is Private Ito, who is cradling a bottle of Sake from the Emperor himself which was to be shared with the officers after the crossing. This was the most challenging, research heavy and envelope/sanity pushing illustration that I’ve ever completed.