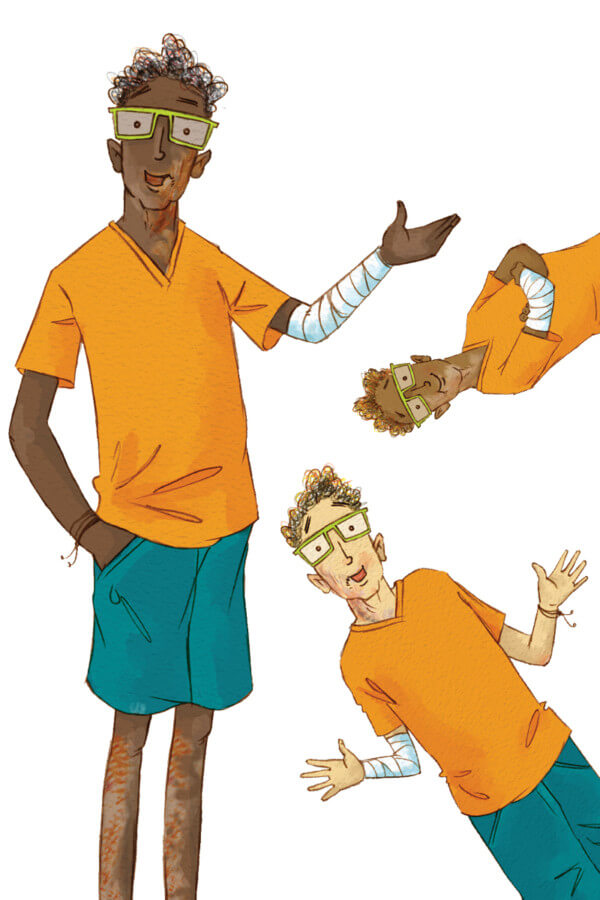 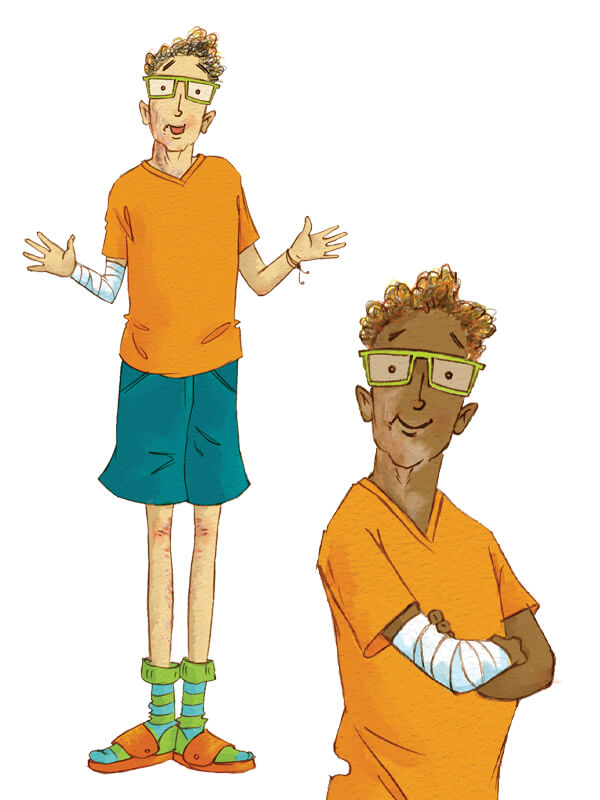 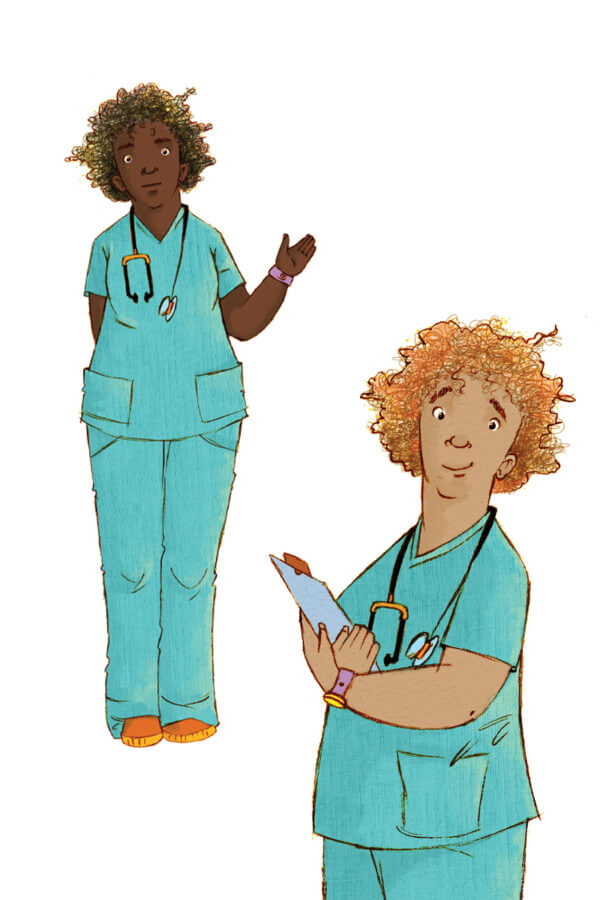 Characters and lots of ’em!

The Phoenix Society approached me last year to create some characters for an on-line support and learning course. I think it is about time I shared some of the illustrations. I had to create a range of characters of different skin and hair colour, different ages and sexes. The Phoenix Society is a charity that supports victims of burns. So I had to create characters that had to either represent people with burns or healthcare professionals. They didn’t want me to shy away from showing the characters with burns, but at the same time they needed to be positive images.

The project rather reminded of when you could buy paper dolls and dress them in paper clothes (yes I am that old). In my day they were in magazines and paper doll kits and now they are online. So why you may well be asking did I go for this approach. To try and keep things within a budget for them. I created a set of characters that I could then give different skin tones and hair colours. It helped the client immensely, as it allowed them to get a maximum amount of characters, without it getting too costly.

The illustrations were hand drawn and digitally coloured. The colour work was created in Photoshop, which allowed flexibility when trying out different skin tones and hair colours.

In the end the client had a small army of characters to work with on their site and educational/training packs.

I’m currently working on two reading guides for a publisher and so am beavering away, creating more characters and narrative illustrations. Sadly, I cannot share anything on my current projects until the books are officially published, but once they’re out there, I can share them on my site. The one thing I probably can say is that they are a mixture of conventional drawing, painting and digital. I can also share the fact that the characters are Hispanic, African American and Anglo so a good mix. Apart from that titbit, I must remain cloak and dagger!

If you need some characters created, please send me a message!