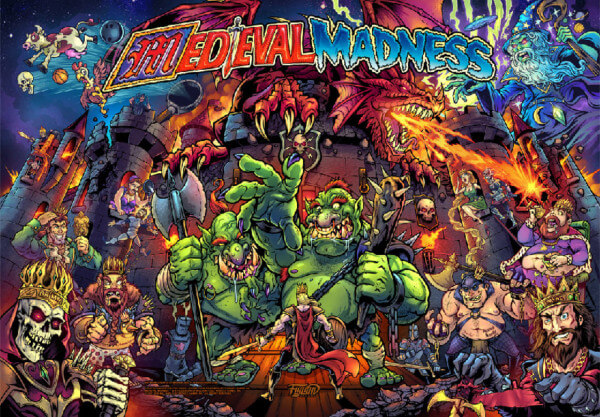 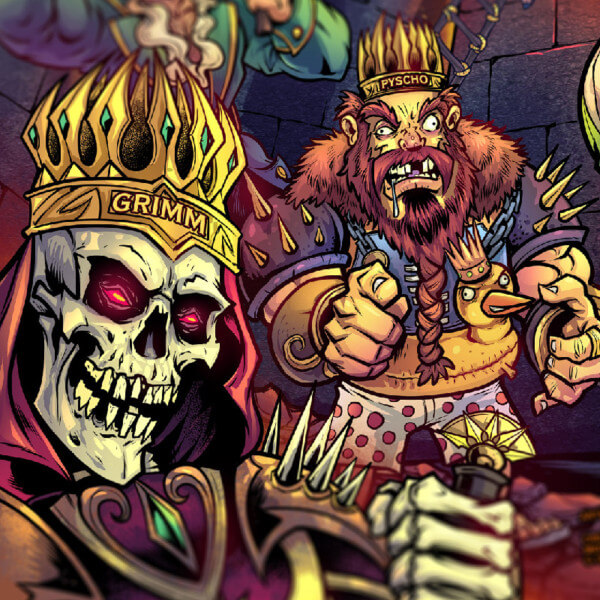 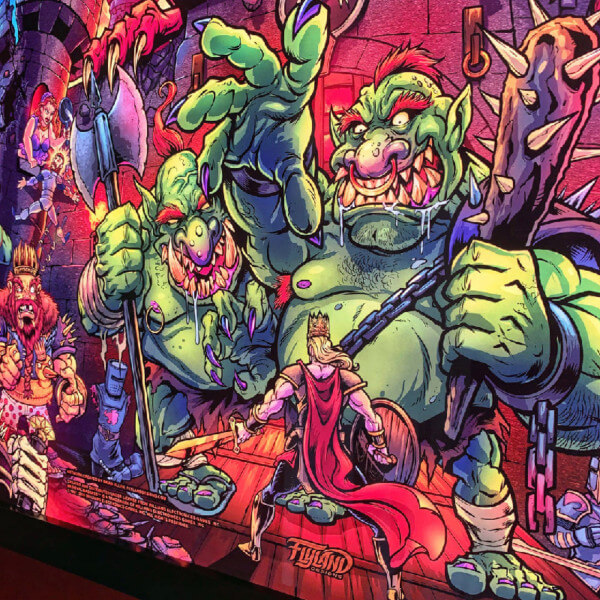 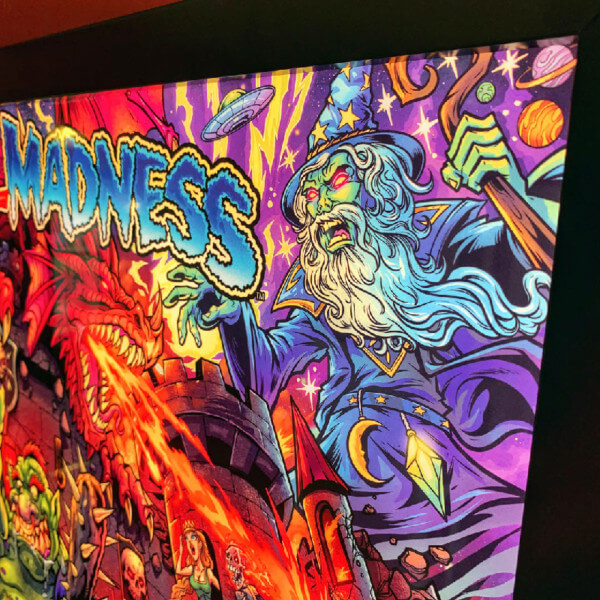 I asked for a lot of feedback from Medieval Madness fans before starting. It was suggested that I illustrate the Six Kings of each of the Castles you destroy in the game. The Earl of Ego, Sir Psycho, Francois De Grimm, Lord Howard Hurtz, the Duke of Bourbon, and of course, Payne! It was also suggested that I add a bunch of tributes to Monty Python’s Holy Grail, so I snuck in as many as I could. Overall, the general feedback was that they wanted to see something more colorful, light-hearted, and fun than the original backglass art, which was created by the legendary pinball artists, Greg Freres and John Youssi.

This is my most detailed and time-consuming alternate Backglass so far (I’ve also designed one for Attack From Mars and another for Monster Bash). Medieval Madness is a highly respected and coveted pinball game, and I wanted to put everything I had into this to pay it the respect it deserved. I hope fans of the game are satisfied!

You can buy these – and posters of the artwork – in my online store.