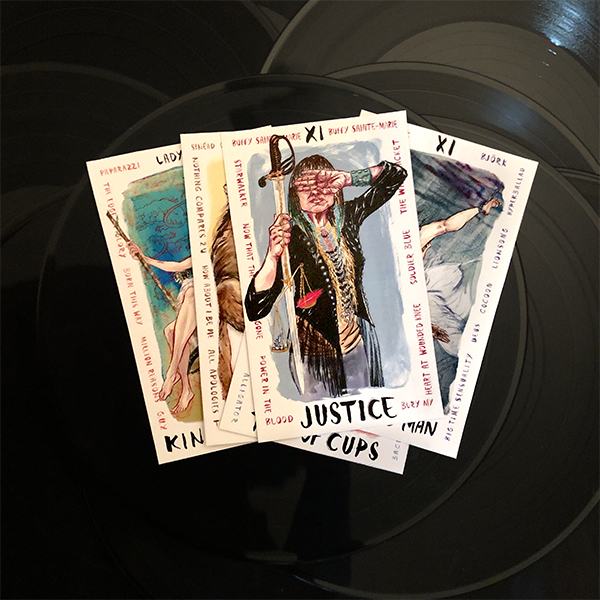 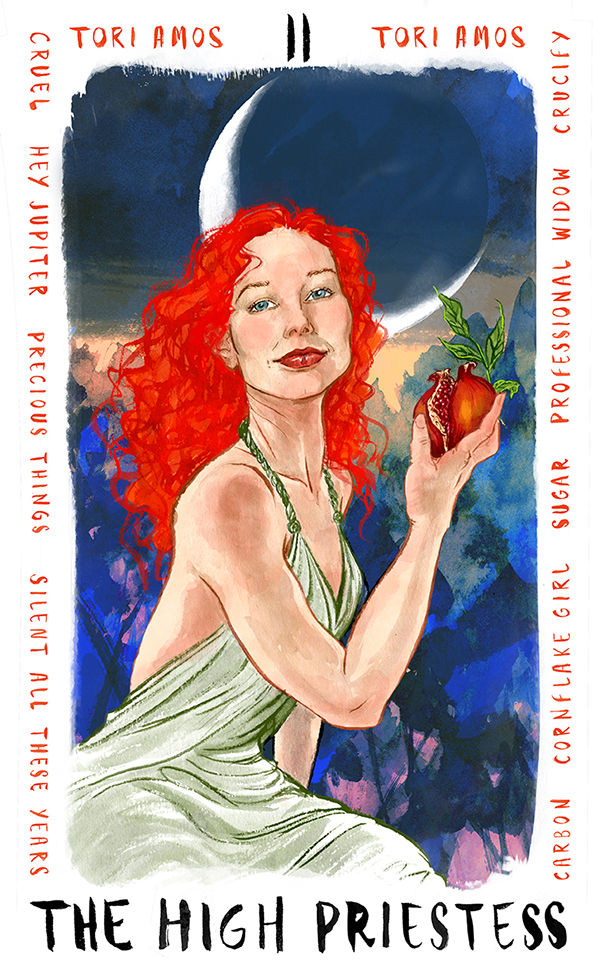 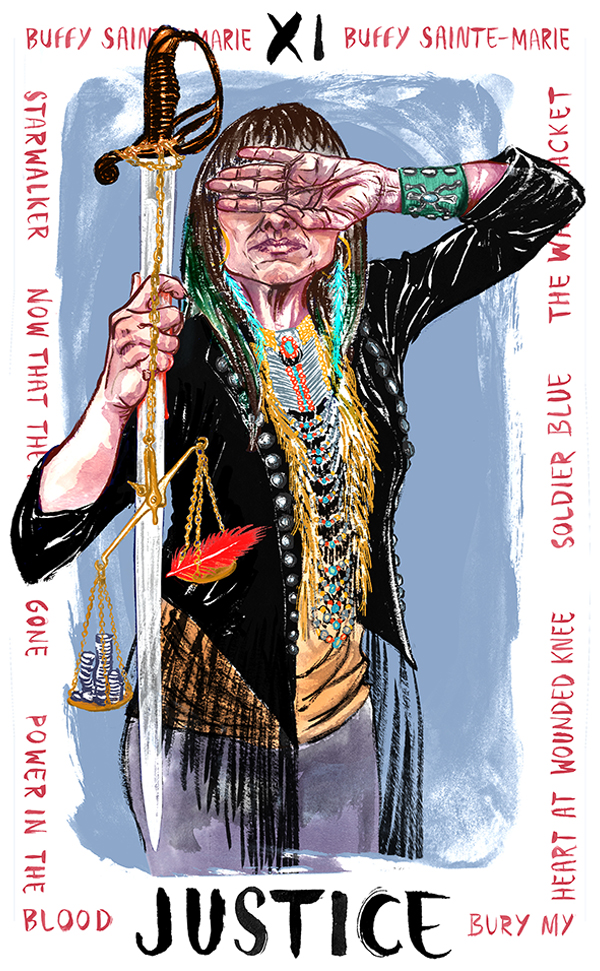 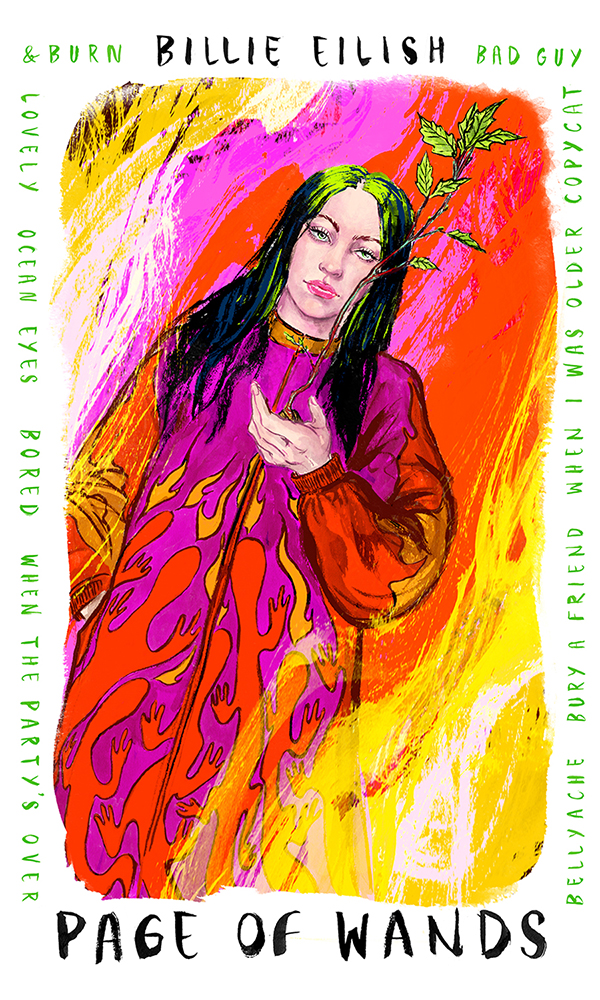 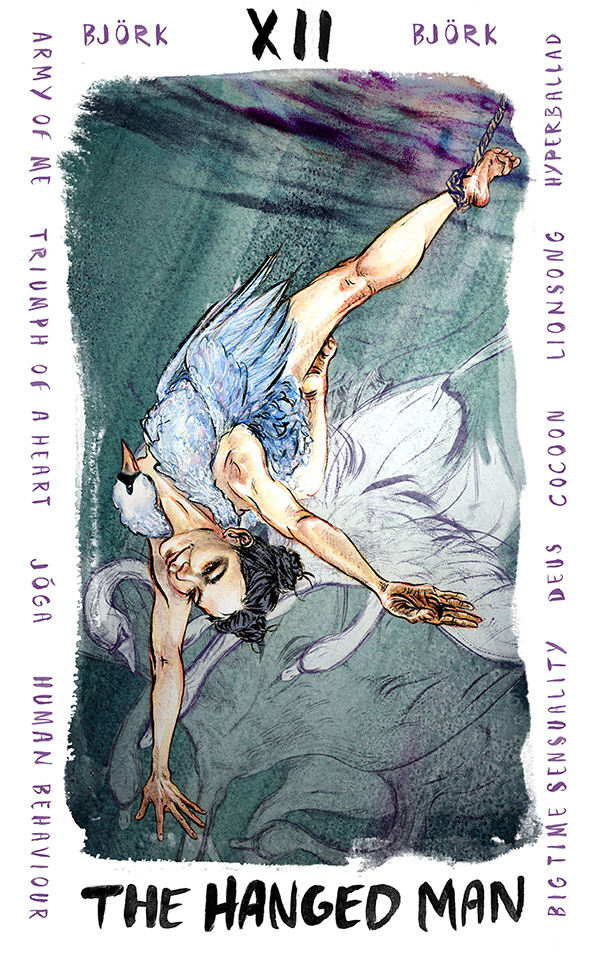 My first musical love was Tori Amos. During undergrad at Smith College in the late 1990s, I fell for Ani DiFranco, Joan Osborne, Dar Williams, Garbage, Portishead, Julianna Hatfield and Alanis Morrisette. Later, after college, when I was back in the “real” world, I began to feel like I somehow wasn’t actually into music, because all of my favorite musicians were women.

There are 78 cards in the standard tarot deck. That seemed like an awful lot of cards, until I started matching up artists to them. Even limiting my musicians to women making music in English, going back no further than 1970 leaves me with an IMMENSE catalog of amazing, cannot-leave-out musicians. Far, far more than 78.

I am so very excited with how this project is progressing. Not only has it been a great deep-dive into editorial portraiture, but it’s made me expand my knowledge and appreciation of contemporary music. I’ve also added a suggested playlist for each artist around the borders of the card. I strive to be as faithful as possible to the artist pictured on each card and the tarot meanings of the card itself, so that the end result will be an art object, a showcase of musicians, and a functional tarot deck, all in one.

Where the Line Bleeds

That’s When the Kniv…

Illustration for The Atlas…

Illustrator
Brooklyn, USA
Tel: 978-886-9514
www.robinmork.com
I am a Brooklyn-based illustrator who makes thought-provoking literary images. I received my BA in Theater from Smith College and my MFA in Illustration from The School of Visual … Show more.

I am a Brooklyn-based illustrator who makes thought-provoking literary images. I received my BA in Theater from Smith College and my MFA in Illustration from The School of Visual Arts.