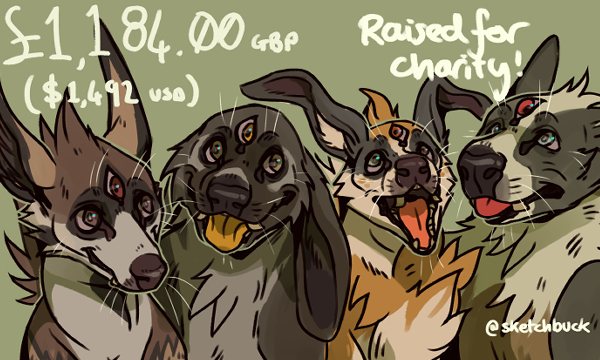 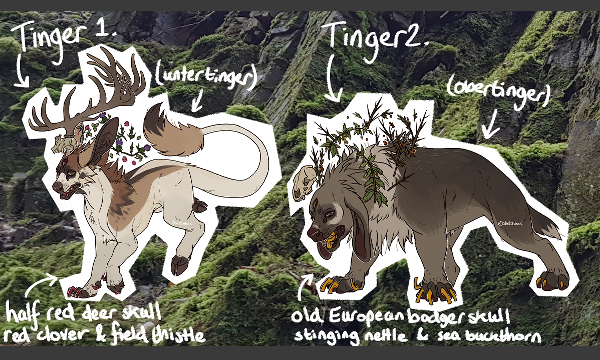 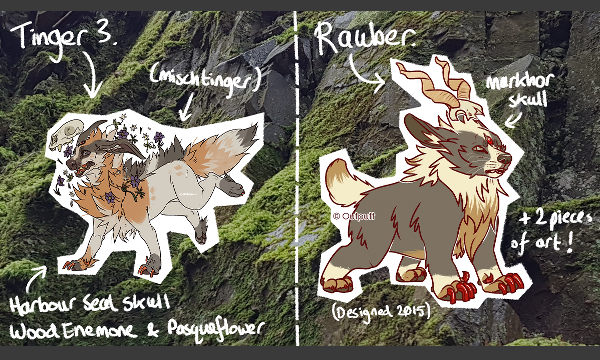 To celebrate my birthday this year, on the 11th of June I invited my friends and followers into my usual working day, whilst I revisited my old muses – Jägertingers! I aimed to design a number of new tinger characters throughout the day, then auction them off with 100% of the money raised going to charity.

What are ‘Tingers’? – Jägertingers are a fantasy animal species created by me around about eight years ago. With the support of my friends and fellow tingers community, the species grew into an inspiring creative network.

The stream spanned just over six hours, where over 70 different viewers attended from around the globe, raising $610 USD in the donation pool which was donated to Color of Change. The designs were then auctioned off over the weekend, raising £700.00GBP in total between them. This was equally split between four charitable causes – 70+ BLM split bail funds, BLM split racial justice funds, Beat, and Point of Pride.

A Journey into Linocut …

Send a message directly to Sketchbuck .

“'Very handsome commission from a very talented and courteous artist! It was done in an extremely timely manner with complete communication, and the piece was even based on incomplete reference materials of a character that has not yet been fully designed. Cheers to Sketchbuck for the fantastic piece they've done for me.'
— Breanna Kelley,

Sketchbuck is an illustrative artist from Lancashire, United Kingdom. They specialise in watercolour and mixed media animal portraits, as well as distinctive character illustrations, which has resulted in an international reputation for both disciplines.