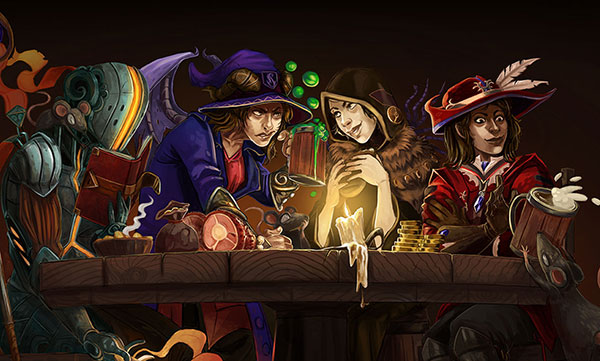 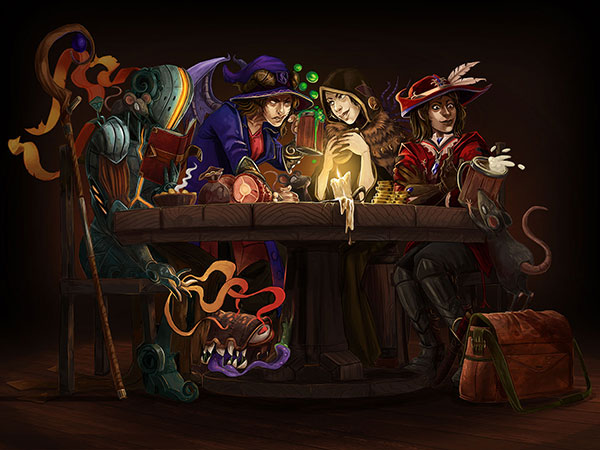 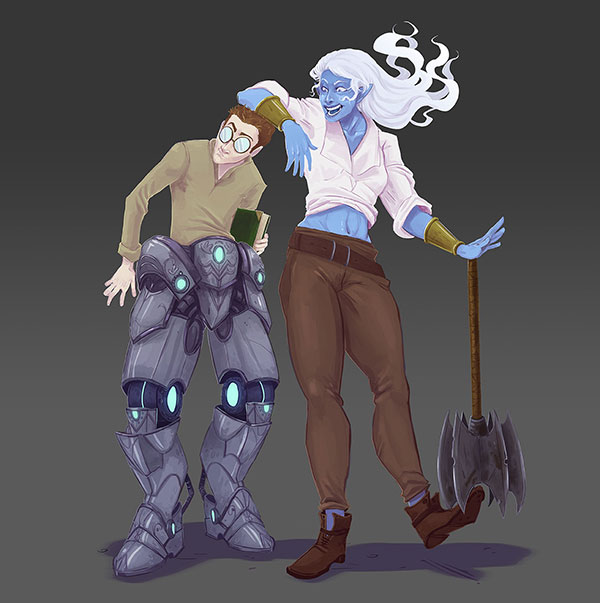 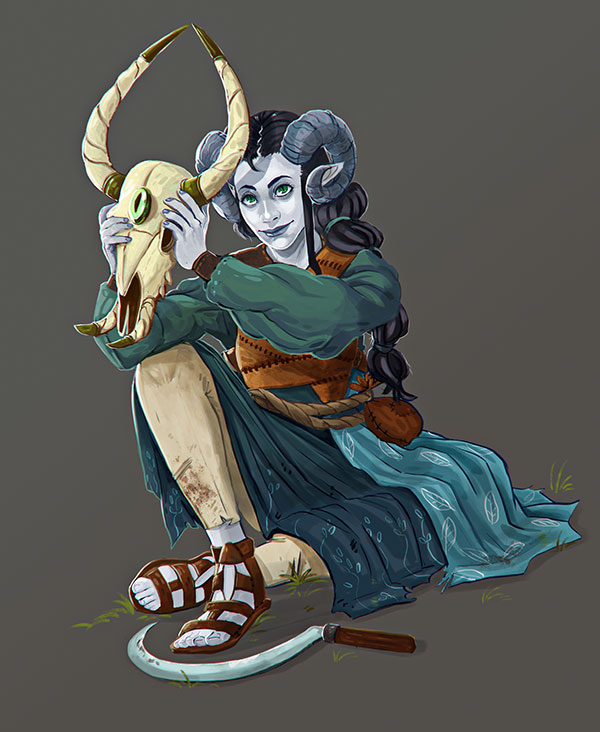 Recently I’ve been producing more DnD art of players’ characters. Diving into their varied backgrounds, struggles and successes and getting a real look into the ridiculous amounts of creativity in the DnD community from both homebrew worlds/games/creatures and characters to classic DnD.

One of the first pieces was this tavern scene, featuring a character Dal and her three ‘splits’ into three other versions of herself with wildly varied personalities and backgrounds, sat around a tavern table together and bringing her mischief.

The second was of a player’s Air Genasi character Shavashu and her friend’s human mage Sebastian with enchanted animated leg armor to replace his legs that been lost in a horrid magical accident.

The third was the above client returning for a second commission, this time of another of their characters, a kind tiefling herbalist healer named Hope, showing off a really cool skull she found in some ruins.

Getting to know the characters and their stories really helped the illustration process and also helped me feel a little closer to them, knowing some of their struggles (some humorous, some horrific) and their triumphs helped me bring visuals to a group of insanely creative people’s wonderful characters.

I also recorded my painting process for Hope, and uploaded it to Youtube. Enjoy!

The Land of Unlived Dreams…

Winter Is Coming – A…

Rachel George is an Illustrator & Designer from Lancashire, England, currently living in Slovenia. She creates content for Books ( Book Covers, Children’s Books, Young Adult’s publishing and LGBTQIA+ Publishing ) character and concept art (video games and tabletop) and even occasional custom vehicle graphics/body art. Feel free to send her an email regarding just about anything, quotes, enquiries, questions or coffee drinking.