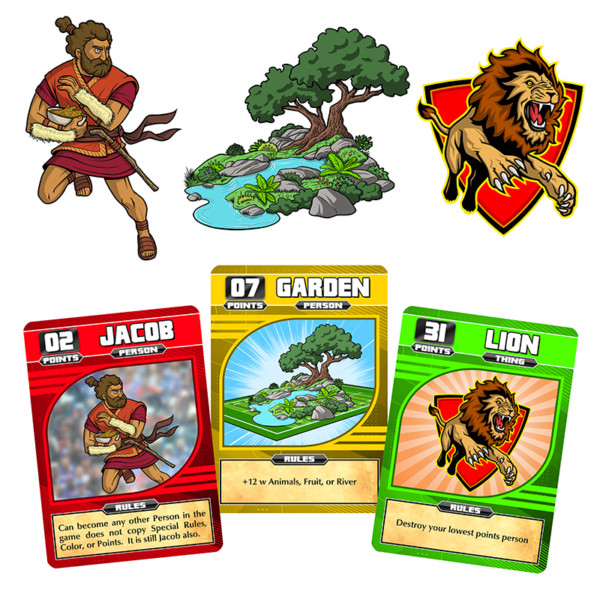 My current project is doing illustrations and graphic design for Funhill Games. The game is tentatively called “Old Testament Fantasy Draft”. The game is a multiplayer competitive card game where each player is trying to draft the best team of Biblical characters, locations, and items they need to win.

I’m doing illustrations of the characters, locations and various biblical things. I am also designing the card layouts, box layout and art, and the main logo.

This is my third project working for Funhill Games. The two previous projects were both board games successfully funded on Kickstarter.

Matthew has not submitted any more news.