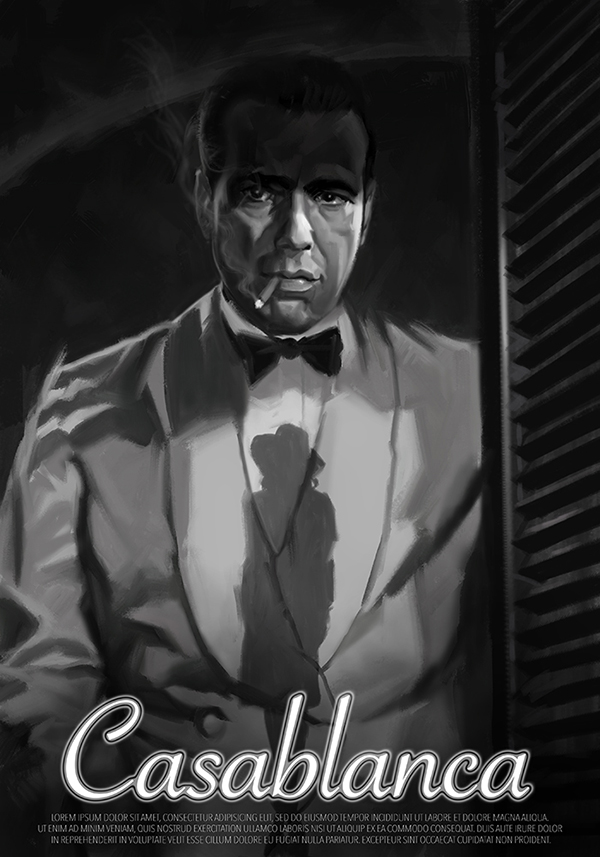 This was the final painting I completed for the ‘Ideation and Visual Storytelling’ course at Visual Arts Passage. For this assignment we were tasked with creating a cover illustration for a Criterion Collection DVD/Blu-ray/streaming version of a film.

I’m a bit of a movie buff and so narrowing down to just one film that I’d like to create a cover illustration for actually proved to be the hardest part of this project for me. But in the end I chose Casablanca as it’s one of my top 10 movies of all time. I’ve watched this film countless times and it just never gets old. For this image I wanted to convey the darkness of the Humphrey Bogart character, Rick, and also how the return of his former love Ilsa would change the course of his life.

This painting marks my second step on the path towards creating a looser, imperfect and more painterly style.

I'm a freelance illustrator and artist, currently residing in Vancouver Canada. I've worked on a variety of different projects from portraits, book covers and private commissions. Many years ago I started out as a traditional artist and so I strive to create digital illustrations that have the same look, feel and brushwork of oil paintings. Other than art I love fedora hats, watching movies, single malt whiskey, traveling, playing guitar and cycling. Recently I discovered yoga which has helped me to limber up from all the countless hours sat in front of the computer!