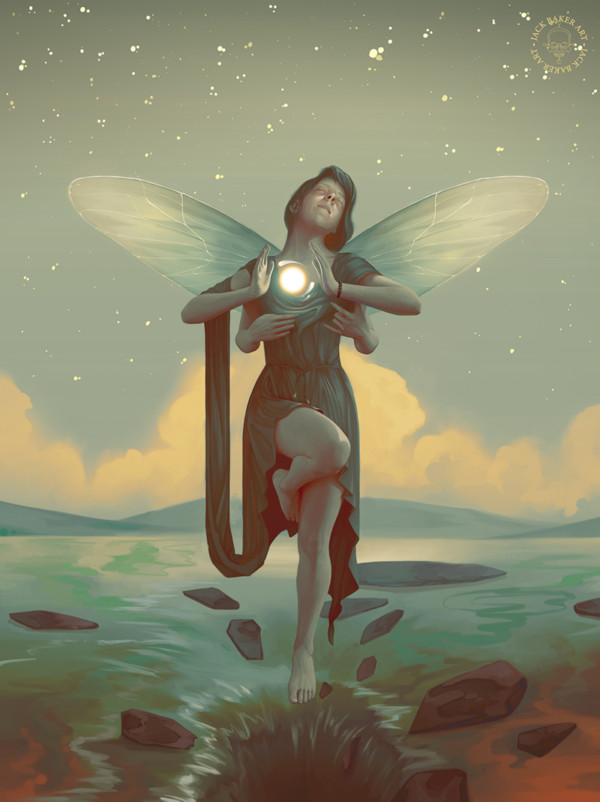 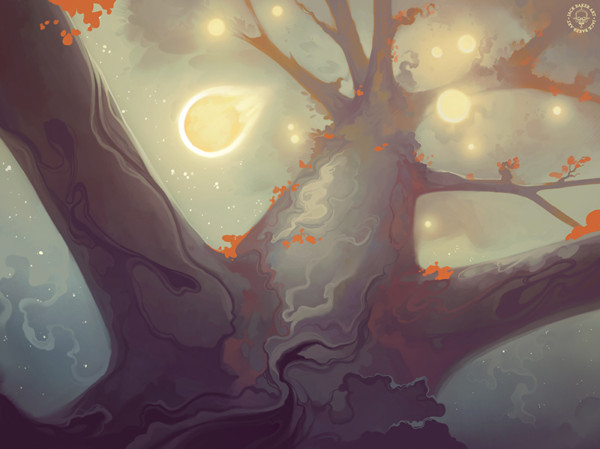 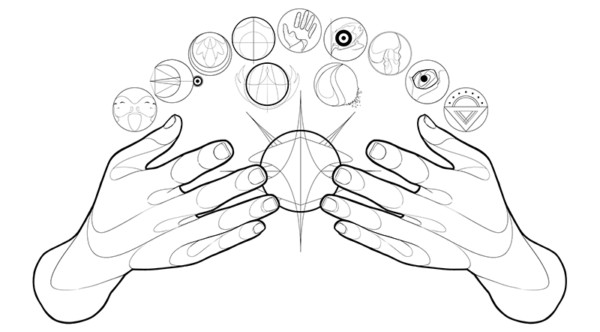 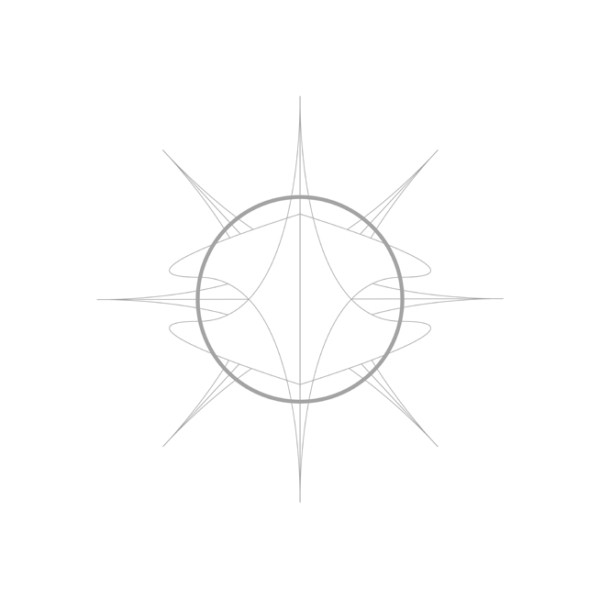 It is said that Fay gave life by her own hand. Upon the runes, she carved the tree where each woman came into life, each one the ruler of individual worlds, displayed like fruit on its branches.

In an attempt to find balance Fay inspired each of them to follow a pure path, one of great divinity and strength. To find their counterparts in this quest across planes of time, presented to them on altars and sigils, solar flares and stardust were spun into threads and woven into their roots. Guided by her hand they each found strength to prevail, strength of their own. A power of sorts to fulfil their given path.

Fay’s tree, a physical construct of her story, an order of existence. With no beginning or end, just living and breathing, as part of a whole.

Fay turned and stared. A landscape of galaxies, stars, planets and clouds of cosmic gasses stretched out before her. She listened but all she heard was poetic silence. A susurrus. Space is described as being absent of sound, but this is not true here. No, this place is rife with vibrations left by the dawn of time; caused by the collision of neutrons and protons creating the foundations for life.

With one hand raised Fay looked at her palm seeing blemishes and scars. She had felt something in that moment, like a ripple passing through her. Completely unexpected and taking her by surprise, a searing pain started just beside her temples before taking over her entire body. And in an instance her mind was ablaze. It was like she could truly see for the first time. Like a map laid out in front of her, her past, future and present could be read like a book.

In that moment, like time had stood still, seconds felt like years. From the point of singularity, to the birth of Fay, she could feel every part of it. The burning heat of millions of degrees and a sound so loud it could be heard from galaxies away. She felt it all. Nothing. Sheer black nothing bursting into light. She saw her birth, she saw her growth. She saw her hands. She saw the runes, the sigils and altars. She saw the roots, the bark and the branches pushing through the landscape.

Now horizontal, clouds surrounding her, Fay awoke from her vision. Blurry eyed and confused in equal measure, she pulled herself to her knees letting out a wince of pain. She called upon Kennis for her knowledge, to read the scriptures. She called upon Hida to give her strength. Feeling their presence within her she rose to her feet. “What do I see?” murmured Fay rhetorically. “Is it a memory?”.

Fay asked the questions although her instinct told her the answers.

Illustrator
St Austell , United Kingdom
Tel: 07592907787
www.jackbakerart.com
Jack Baker is a fantasy illustrator who loves to tell a story through his artwork. He is a freelance artist based in the UK. With a focus on book cover illustration, Jack enjoys cr… Show more.

“I hired Jack for the cover of my first novel, and he made the experience a wonderful one. Jack was courteous, professional and above all, very talented! He was able to work with my vision while still making it his own in style, which is what I preferred. He took all my revisions in stride and I am more than happy with the result.
— J M Kennealy,

Jack Baker is a fantasy illustrator who loves to tell a story through his artwork. He is a freelance artist based in the UK. With a focus on book cover illustration, Jack enjoys creating emotive, ethereal and beautiful paintings.