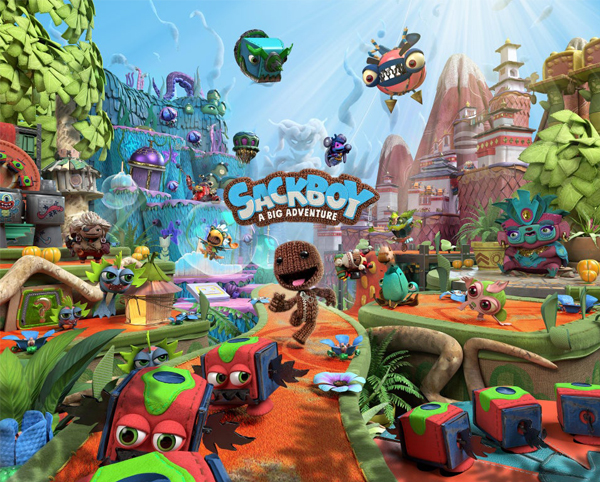 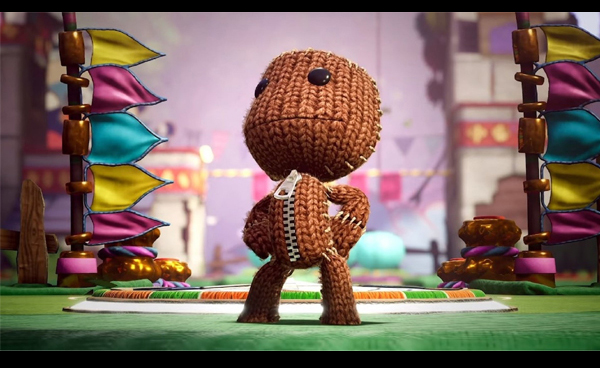 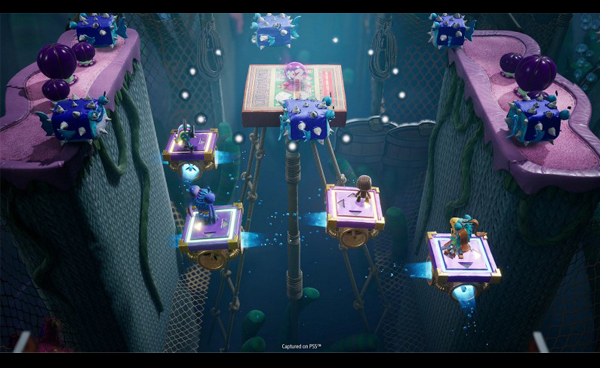 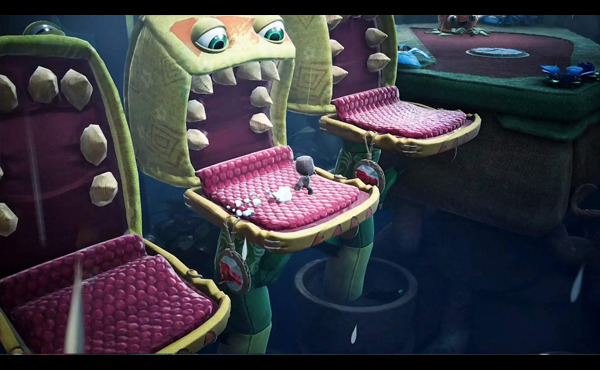 Sackboy: a Big Adventure and all the Little Big Planet Games pose a wonderful challenge for any concept artist. Working on such a graphic yet photo realistic, textural, fun project is something completely different from working on a purely narrative driven project.

When I started working on Sackboy I had just come off the Dead Island 2 project, my sketchbook and reference folder still full of gruesome morgue images and information on what happens to the human body when it decays. (Something budding concept artists need to remember when signing up for realistic horror projects. You will have to look at a lot of gruesome real life images. Not everyone has the stomach for that every day for the development cycle of a game).

I remember the art director coming over and explaining that to start off we were going to work on blue sky type images ( Blue sky is a phase of development at the beginning of a game. It’s one of the most enjoyable parts of a new project because it means making images that are adventurous and explore ideas that push the boundary of what the game could be. It is the ideas phase. Most of the work created at this time will go in the bin, but it’s the stage where developers are most excited and try out all sorts of crazy things.

The AD came to look at my first few images and he said ‘yes great idea, but visually they are a bit dark and scary’ this made me laugh as it did take a few days to shake off the horror vibes of my last project, although Sackboy: a Scary Adventure would have made for a very unique game.

What stands out for me about the LBP art development over creating concept art for other games is the level of detail and careful design work that went into every level. My design capabilities grew massively whilst working on this project. Each piece of platform had to be carefully and lovingly designed and assembled. Each platform was made up of a base of real world items and crafted elements. The real world was photorealistic and a large amount of the models in the game came from developers bringing in objects from home and 3d scanning them to get the most detail possible. The art director, after work, made a model plane out of wood and cloth and brought that in to be scanned.

Each stitch on each leaf was carefully designed to follow the LBP aesthetic. An extensive art bible was slowly created. As well as this careful crafting, came the actual game play. As a concept artist I am used to working with level designers and other developers on parts of a game, but on Sackboy I found myself working incredibly close with them, as each game play mechanic was influenced by the materials I chose to use in the level concept. For example the physics of the ‘Gloop level’ influenced how the Gloop moved and looked and I found myself really working at understanding how a game play requirement would move, look and interact with the characters whilst all the time adhering to the visual requirements of the game.

It is one thing to make pretty art but it’s so much more fulfilling to really design something. I would recommend any concept artist to try working on projects like this as your skills will develop massively.

I am still waiting for Sony to give the go ahead to release concept art to the public, but I’m excited to show you all the work I did.

“"Meg is a hugely talented artist and the quality of her work shines through with every project. She is hard working, dedicated and focused with a kind and friendly demeanour. She has the wonderful ability of being able to work in any art style, whether it be high realism or a cartoon style, Meg always brings her same high level of professionalism. I give her my highest recommendation."
— Greg Staples, comic artist at 2000AD on Judge Dredd