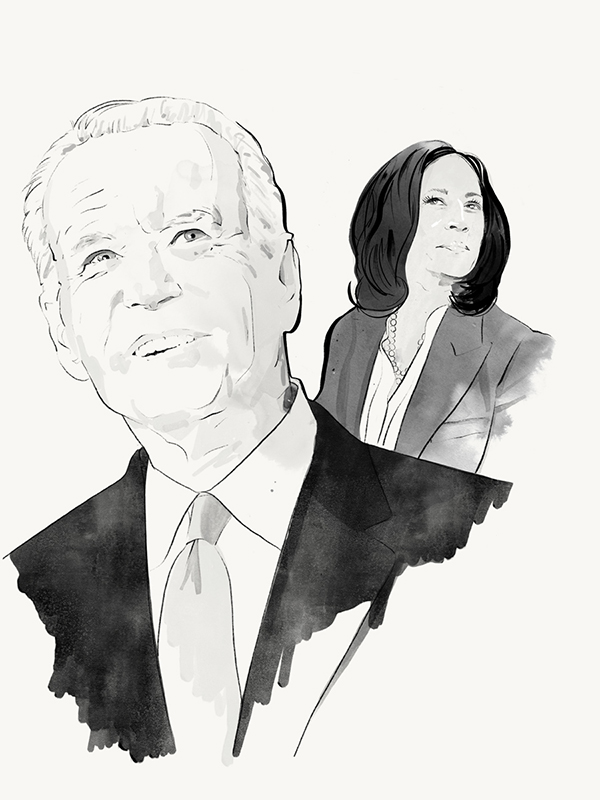 Like a lot of Brits, I’ve been weirdly glued to the US election over the past year, fascinated with the chance the country has taken for much needed change. So obviously I was obsessed with its season finalé, watching the whole inauguration as Joe Biden was sworn in as the 46th president, and seeing history made, as Kamala Harris became the first ever female, first black and first Asian-American VP.

I was just putting the final touches to this illustration of Joe & Kamala as I listened to the 22 year old poet, Amanda Gorman recite her poem “The Hill We Climb”. These final words stood out to me in particular. Words to live by.

“We're so happy we came across Matt, we have now worked with him on a few different projects. His artwork has a natural elegance and style, he can capture form and pose in a way lots of illustrators struggle with.
— Kevin Phillips, Creative Director - LOVE