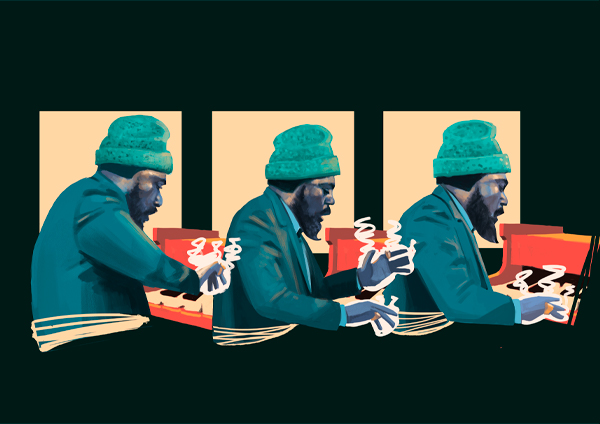 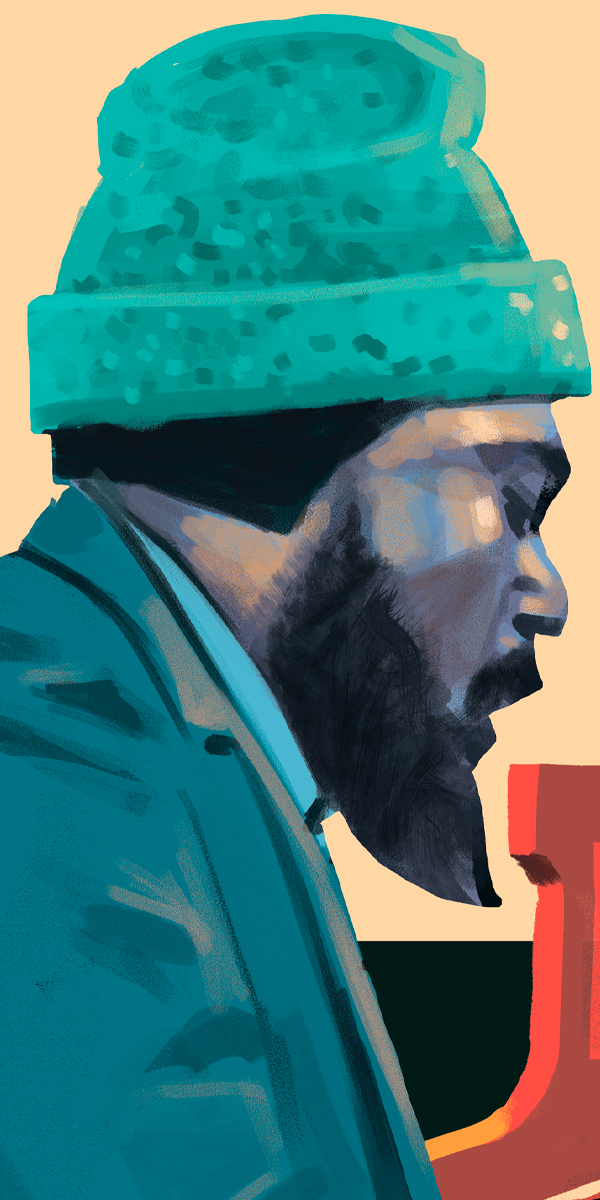 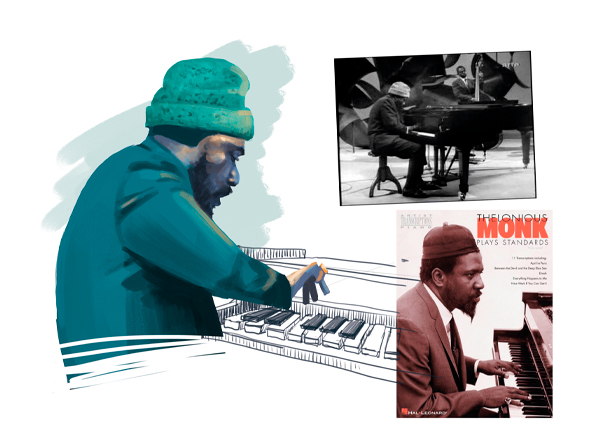 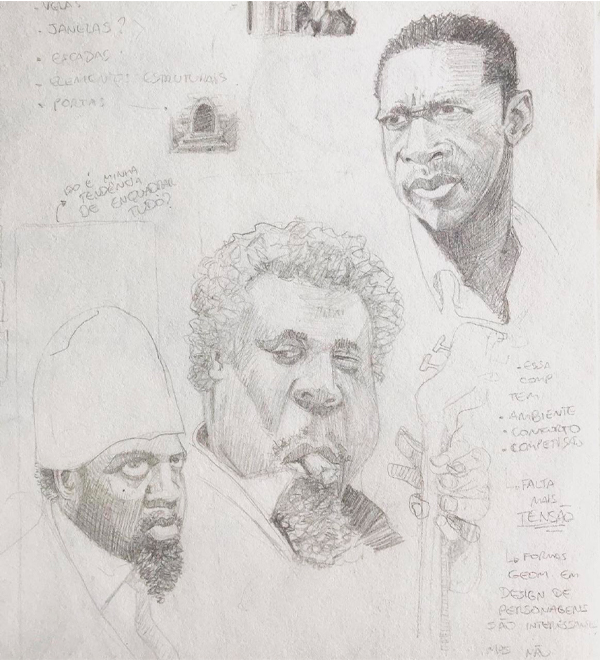 This is an on-going project.

The client is a jazz loving young man who wanted to redecorate his living room. At first, he wanted a big piece of artwork depicting some of his favorite musicians, Thelonious Monk, John Coltrane and Charles Mingus. We had a long talk along with a couple of beers about what jazz meant to him, and what feelings could be evoked in this illustration. Being a big time fan of jazz music as well, this was a very satisfying and enlightening conversation.

He talked a lot about how jazz can be so smooth and, at the same time, pull you out of your confort zone. How it relies on study and practice, and yet has a premisse of experimentalism and improvisation. This dynamic, tense behavior led me to create a design in which each musician would appear several times playing their instruments, as if it was a storyboard of their performance. This composition, in three separate frames, could create the atmosphere I was going for.

So far, I’ve painted Thelonious Monk hammering his fingers in the piano with grace. I’m about to paint the other two, and experiment with different compositions when all the characters are done.

Fabio and Juliana at full …

Sushi lover and board gamer, I've been working as an illustrator and graphic designer for a couple of years. I love to design funny characters and colorful weird happy faces. I als… Show more.

Sushi lover and board gamer, I've been working as an illustrator and graphic designer for a couple of years. I love to design funny characters and colorful weird happy faces. I also do portraits and caricatures!