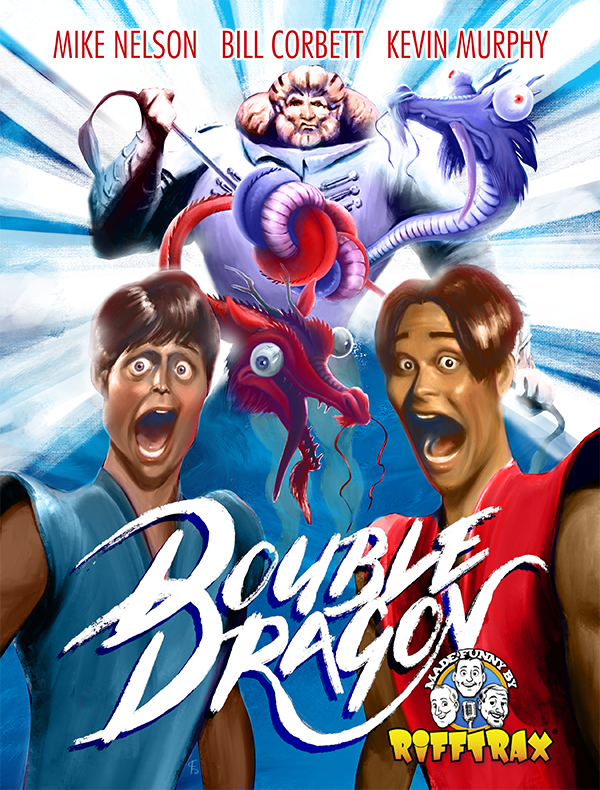 As a longtime fan of Mystery Science Theater 3000, it was the culmination of a dream for me to provide key art for the Rifftrax VOD release of the 1994 cinematic misfire, Double Dragon. Rifftrax is the ongoing venture of several MST3K alumni and provides humorous commentary for some of the worst movies ever made.

For this project, I had the honor of working with writers Bill Corbett and Conor Lastowka in order to develop the concept. I had a relatively free hand, as the directive was essentially “Make it funny!” To that end, I suggested caricatures of the two lead actors, Scott Wolf and Mark Dacascos, along with Abobo, one of the bizarre enemies imported from the Double Dragon video game. The most challenging aspect of the project was making the art comical while still capturing the likenesses of the actors. I also provided the typography for the movie title, which was a fun little treat for myself, as I love designing hand lettering!

Script Logo for The Self H…