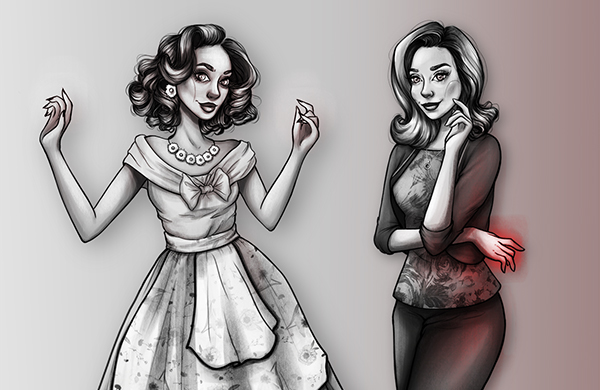 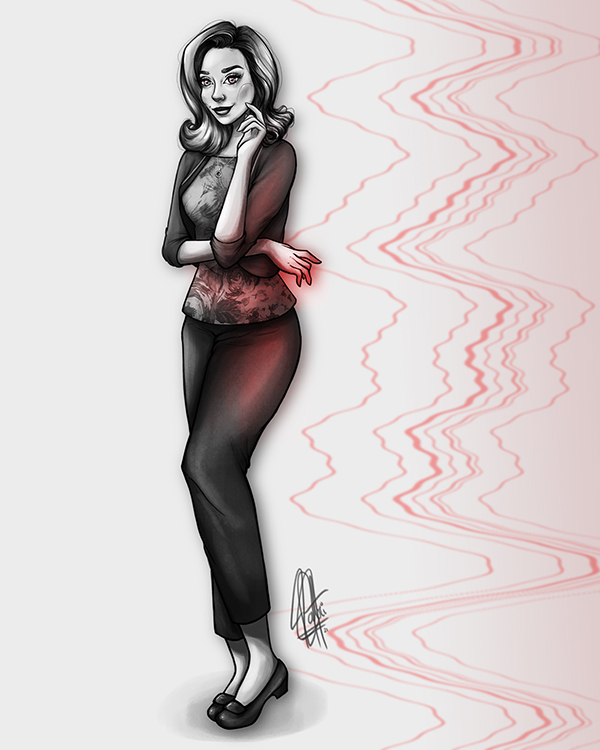 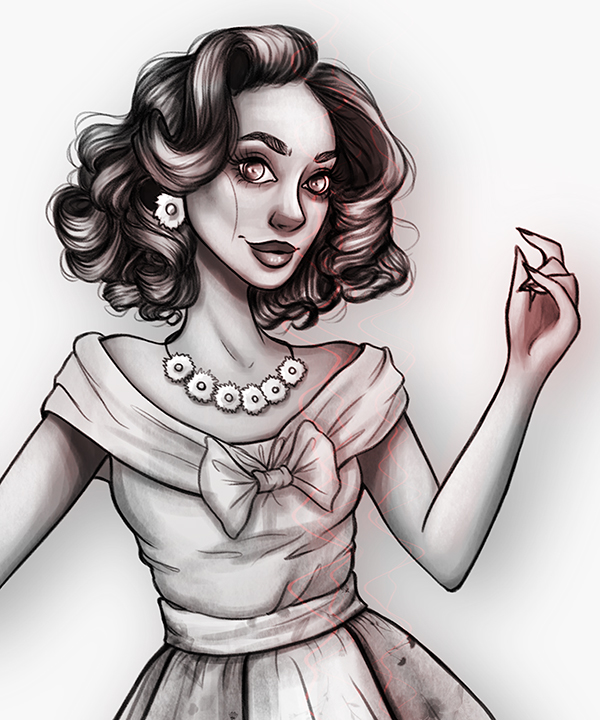 After seeing WandaVision last month, I really wanted to create some artwork inspired by it! So, after some thought, I had this idea inspired by the plot of the show (small spoiler coming ahead): as every chapter is inspired by a decade from the ’50s on and their sitcoms, I thought why not honour it by doing a character line-up representing each chapter and it’s most memorable outfits!

Certainly, there were some great outfits on the show, but I decided to focus only on Wanda and her evolution because, well, the show is about her after all! (And she does get most of the memorable outfits + the Scarlet Witch costume).

This is a side project, so I haven’t been able to finish all 7 of them, but I do have two already: ’50s & ’60s (that Bewitched inspired look was so much fun!). And I hope to get the next done soon, so, if you want to follow along, my Instagram and Twitter are the places I update the most (plus wip shots). And I’m going to be selling prints of them as well as the final character line-up once it’s done – the ’50s prints are already on my Etsy shop! 😊

New project for this #Inkt…

Illustrator
Aranjuez, Spain
Tel: +34608198775
www.patriciapedroso.com
I'm a freelance illustrator and I love anything with a hint of darkness and fantasy. I work digitally, but I’m also an experienced watercolour and gouache artist. Although I'm qu… Show more.

I'm a freelance illustrator and I love anything with a hint of darkness and fantasy. I work digitally, but I’m also an experienced watercolour and gouache artist. Although I'm quite flexible as an artist, I do specialise in lineart (colouring pages, inking) and female characters.