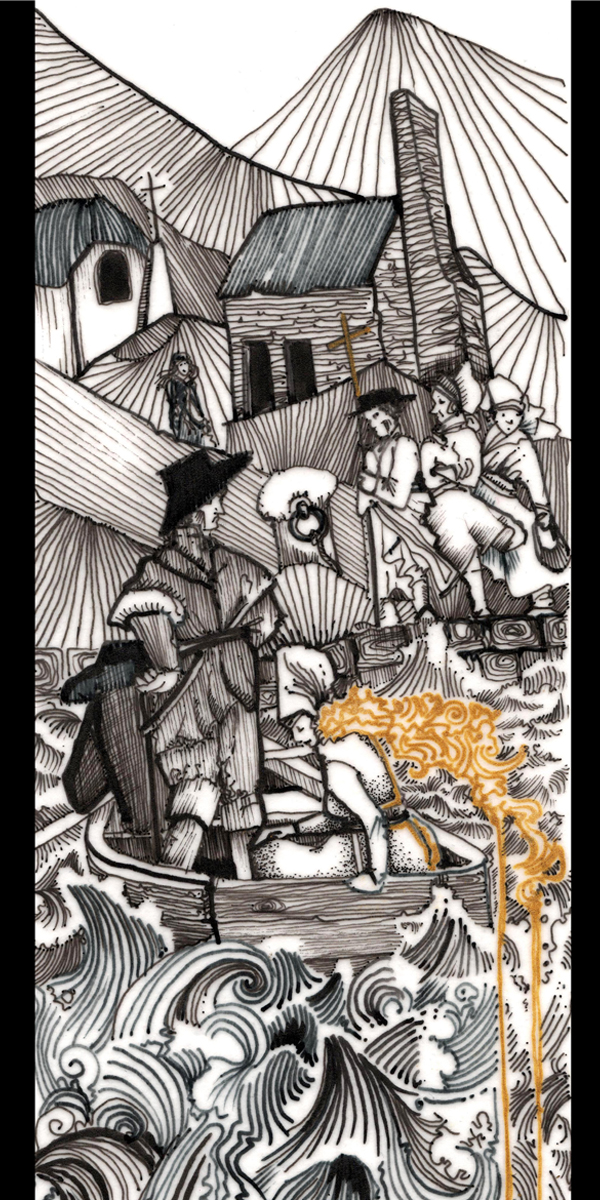 I’m an avid audio book reader – or do I say listener? Whichever it is, I listen to a lot of books, and recently was completely captivated by ‘The Mercies’ by Kiran Millwood Hargrave. Set on the island of Vardø, North Norway, it weaves a tale around a freak storm in 1610 which drowned most of the male population, throwing the surviving women back on their own devices, going against the gender norms of the time. This indirectly lead to a notorious witch hunt a year after the storm, resulting in the death of nearly 80 men and women, many of them from the indigenous Sarmi population, who still followed their traditional shamanic belief system. The novel features the arrival on the island of the witch hunter Absolum, a Scot bringing his new wife Ursa from Bergen, who will eventually find love with a bereaved island girl, Marse.

The book inspired me so much, I have been dreaming it in pictures, and so decided to illustrate the scene where Absalom and Ursa arrive at Vardø, Ursa’s golden hair causing something of a sensation. I’ve been developing a way of drawing by using an exaggerated vertical panorama, which I find works really well to show life above and below sea, and which fitted perfectly with the theme.
My news is that, after posting the image on social media, the author herself sent me a wonderfully supportive message and bought prints of the image for herself and her mother, which is the best compliment an illustrator can receive.

Bizzaro in the kitchen