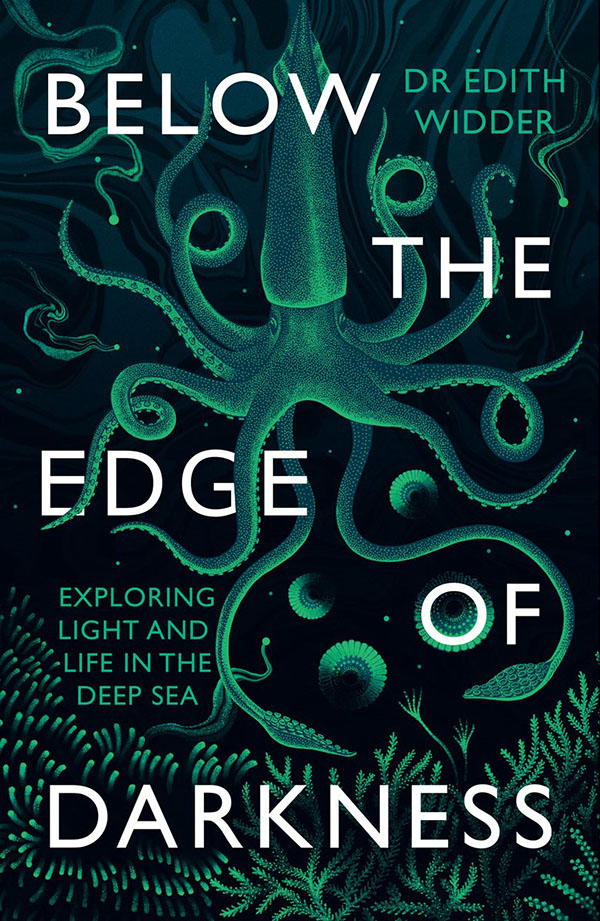 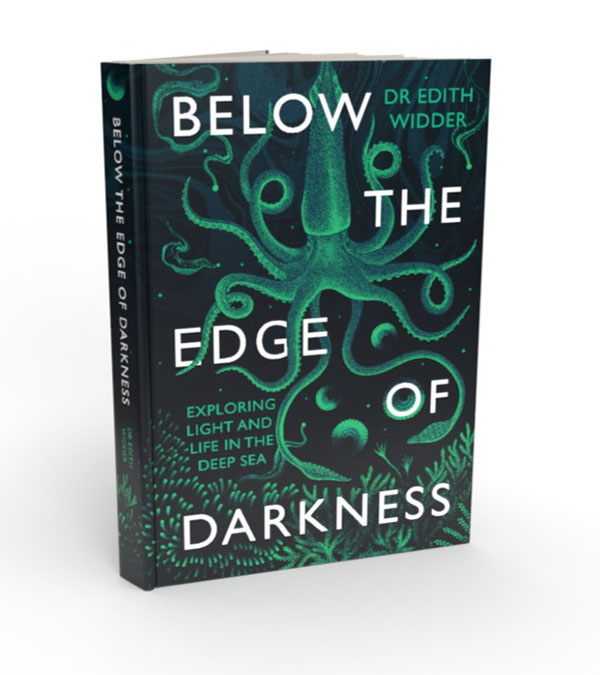 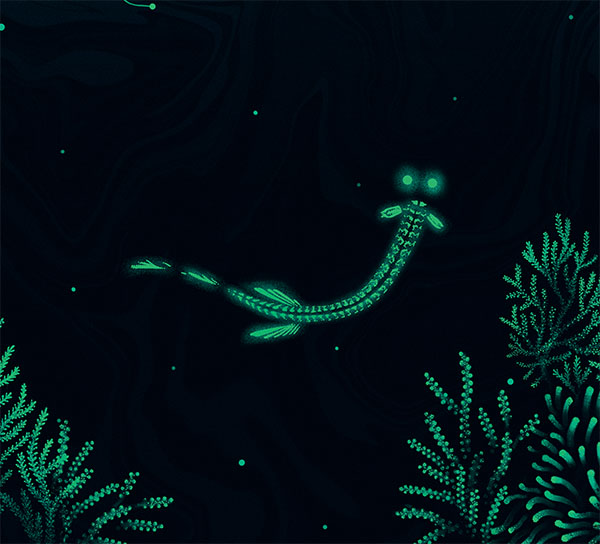 I recently illustrated the jacket for the UK hardback edition of Below the Edge of Darkness: Exploring Light and Life in the Deep Sea, by marine biologist and explorer, Dr Edith Widder. Published with Virago on the 5th of August, available to pre-order now.

A pioneering marine biologist takes us down into the deep ocean to understand bio-luminescence, the language of light that helps life communicate in the darkness, and what it tells us about the future of life on Earth.

For this illustration, the design team at Little, Brown Book Group wanted a more personal feel, as the book is part memoir, part science. Originally they were going to use a photographic cover, but the memoir aspect of the book felt lost. They needed scientific accuracy, but also a human touch.

I fell in love with bioluminescence when I experienced Noctiluca scintillans, known as ‘Sea Sparkle’, during an evening swim by a Devon beach last year. As I lifted my arms out of the water, tiny stars flashed all over my skin. As I swam, a blue glow followed my strokes, and bubbled with the breaking of waves. When the wet sand was walked on, the steps lit up underneath the weight. Desperate to capture the wonder of the experience, I got to work illustrating it, the result of which can be found in my portfolio. Compared to what Dr Edith Widder has experienced in the deep sea, this was just a taste of the incredible world of bioluminescence, and during my research I couldn’t get enough of her ted talks and documentaries. It was a privilege to create this work.

My aim with my scientific illustration studio WonderTheory, is to not only communicate scientific and social truth through my illustrations, but to evoke a sense of wonder – to open the doors to deeper engagement with ideas and concepts.

Illustration for The Briti…

Send a message directly to WonderTheory .