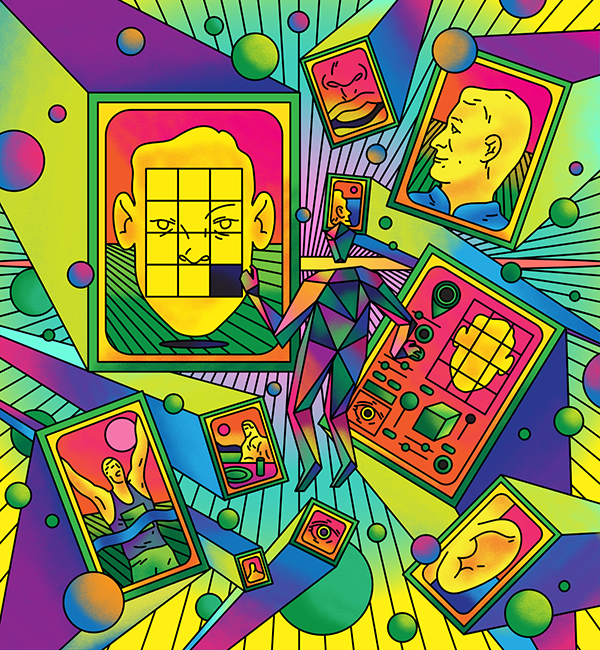 I Made this illustration for the latest issue of BBC Science Focus magazine for the Aleks Krotoski column talking about an old alternate reality card game from the early 2000s, in which the player solves puzzles both in the game world and real world.

One puzzle was of a picture of a man with the Japanese text “Find Me” this caused a large worldwide search for this person, but to no avail, that is until technology caught up to the point that this puzzle was solved with the help of AI which was able to identify the man and finally solved who this person was.

Shortlisted in the World I…

Quest for the Grail –…

Big Whoop and the Carnival…

This is Fine piece for Mem…

Some new work added to my …

Illustrator
Newtyle, United Kingdom
Tel: +44 (0)7906753026
scottbalmer.co.uk
Scott is a freelance illustrator who makes editorial illustrations as well as other forms of artworks for the advertising and publishing industries. He currently resides in Sco… Show more.

Shortlisted in the World Illustration Awards 2020

Scott is a freelance illustrator who makes editorial illustrations as well as other forms of artworks for the advertising and publishing industries. He currently resides in Scotland, UK. Hailing from Dundee, a city with its roots largely in comics, jam and more recently video games. Scott Grew up in and around this City of Discovery, causing influences to flow from all angles whether it be from popular media at the time or from the city’s heritage.