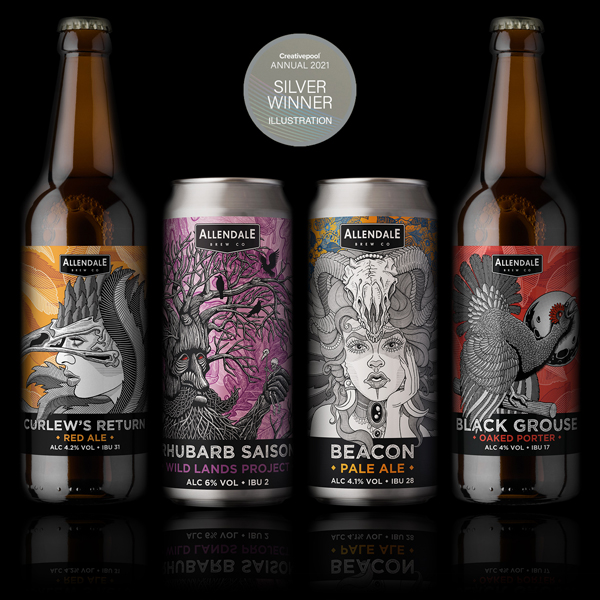 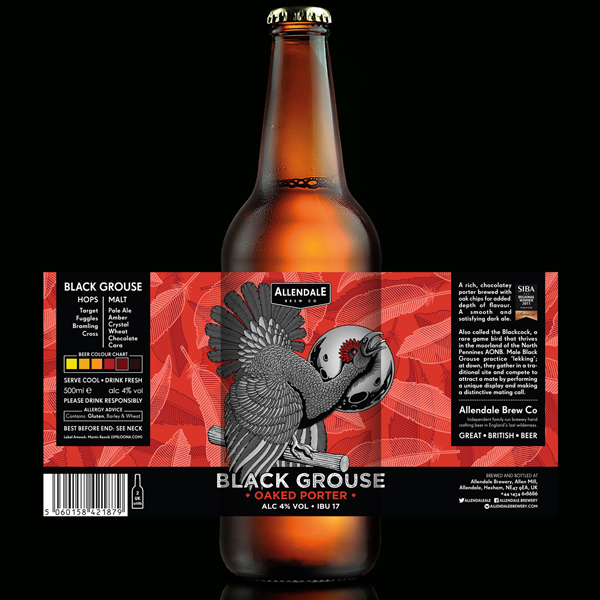 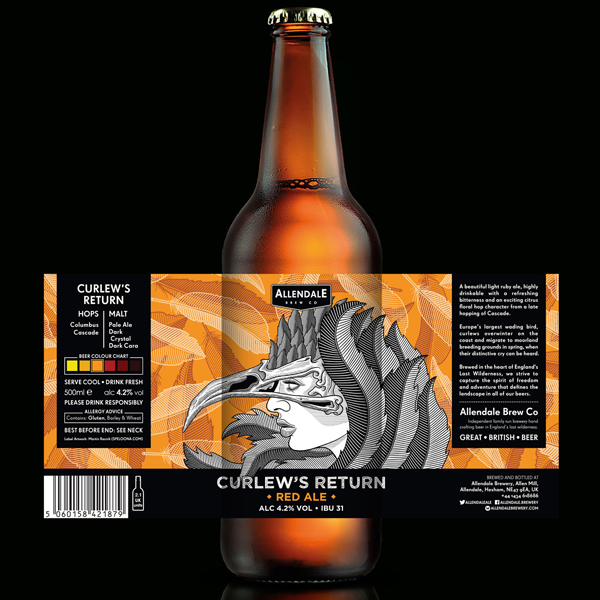 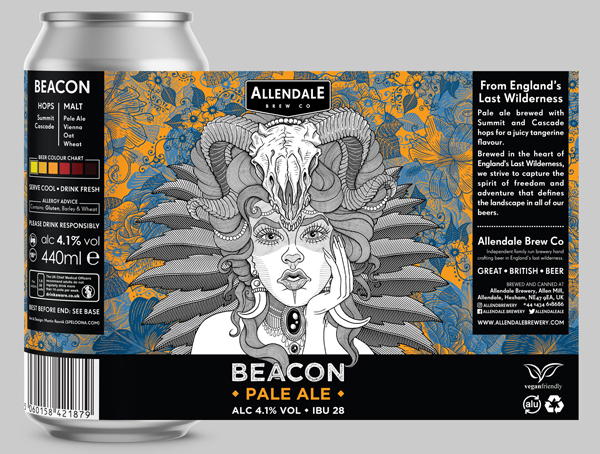 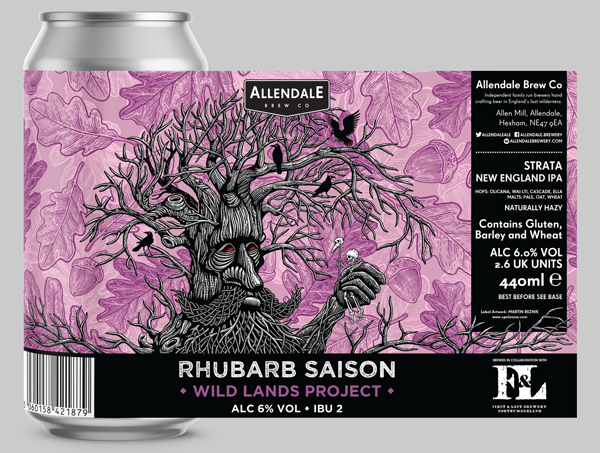 These four beer labels were commissioned by Allendale brewery. They gave me a lot of creative freedom regarding the illustrations, asking only to keep the theme similar to their existing packaging, which mostly featured monochrome Victorian-style collages against a colourful background. The commission also included a complete redesign of the pump clip shapes and bottle and can label layouts.

The four illustrations were initially drawn in pen and ink on paper and once approved by the client they were redrawn in Photoshop using Wacom Cintiq tablet for a clean and crisp line. The elements of the background patterns were also hand-drawn using the tablet and then arranged and coloured in Photoshop. The layout of the labels and pump clips was executed using Adobe Illustrator.

Martin has not submitted any more news.

Illustrator
L'Aquila, Italy
Tel: 00447957936657
www.martinreznik.com
Martin Reznik is a Polish-born illustrator. He moved to UK in his early 20s and in 2013 graduated from University of East London with First Class BA (Hons) in Illustration and Prin… Show more.

“Martin was amazing from the start. We talked about the general concept and visual language and he was continually in contact to make sure that the project was going in the right direction but also suggesting innovative and unexpected ways to enhance and improve the illustration beyond what we had ever immagined. We are extremely happy with the wonderful result. Thanks again Martin!
— Marc Krusin, Marc Krusin Ltd

Martin Reznik is a Polish-born illustrator. He moved to UK in his early 20s and in 2013 graduated from University of East London with First Class BA (Hons) in Illustration and Printmaking. Multidisciplinary illustrator and graphic designer, confident in both analogue and digital illustration, Martin works with various clients designing packaging, logos, merch and editorial. He currently lives in Italy.